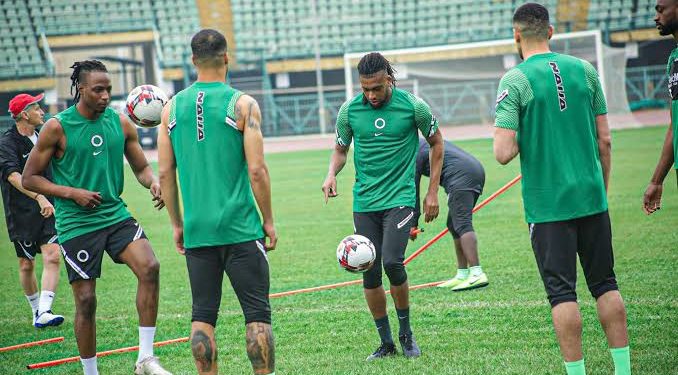 The Lagos State Government will divert traffic leaving and coming into the Teslim Balogun Stadium area on Thursday in preparation for the FIFA 2022 World Cup Qualifying Match between Nigeria and the Central African Republic.

A statement issued by the Commissioner for Transportation, Dr Frederic Oladeinde, in Lagos said that vehicles would be restricted from accessing Surulere from the Teslim Balogun Stadium axis from 12:00 noon on Thursday.

Oladeinde stated that these would include the service lane inbound the National Stadium from Alaka and the Teslim Balogun Stadium from Ojuelegba.

“Motorists heading toward Costain, and Lagos Island from Masha/ Kilo and Surulere are advised to use Adeniran Ogunsanya or Bode Thomas to link Iponri or Eric Moore to access their destinations.

“On the alternative, motorists are advised to utilise Adelabu to connect Babs Animashaun/Eric Moore axis to link Brewery and access Costain or Eko, Bridge.

“Also, motorists can use the aforementioned route to access Surulere from Lagos Island.

“Motorists heading toward Ikorodu Road from Surulere are also advised to make use of Akerele to link Ogunlana Drive inward Itire road and connect Ojuelegba to their destinations,” he said.

The commissioner assured the commuting public that the Lagos State Traffic Management Authority alongside other security agencies would be on the ground to ensure seamless flow of traffic before, during, and after the match.

He appealed for the cooperation of the residents of Surulere community and all other motorists that would be plying the affected axis.

The first in the series took place on September 3 between the Super Eagles of Nigeria and Lone Stars of Liberia where Nigeria trounced Liberia by two goals to nil.