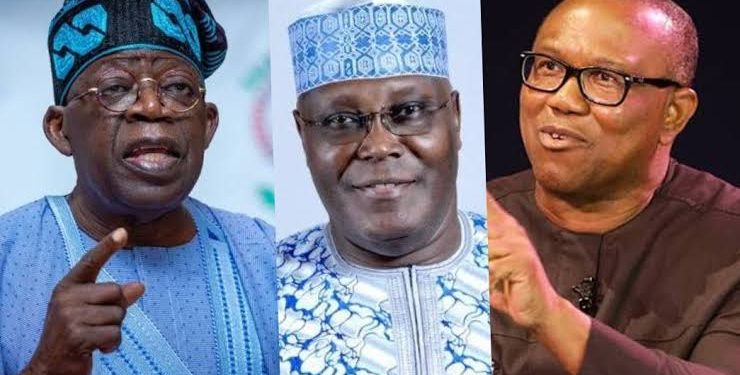 A pro-democracy think tank, the Centre for Democracy and Development has extended invitations to leading presidential candidates in the 2023 elections to speak on their plans for the country.

The invitation would also allow them to convince Nigerians that their political parties possessed the best ideas for bringing lasting solutions to the country’s challenges.

A statement issued on Sunday by the Director of the CDD, Idayat Hassan, said the first of these sessions would take place today, November 6 and would air on Arise TV and on its YouTube and social media channels.

According to her, the CDD, ahead of the 2023 elections, identified the need to ensure citizens heard from the presidential candidates.

“This follows CDD’s constant campaign to ensure that the parties and candidates conduct issue-based campaigns. Nigerians need to hear how their future leaders plan to address the rising level of insecurity, considerable economic challenges and the impact of foreign affairs in domestic considerations.

“This has informed our engagements around the elections, from providing fact-checking support and working with partners to provide analyses on the election security terrain,” Hassan stated.

While justifying why the CDD invited only the four candidates, she said the process for selecting the candidates were not without reasoning or a set methodology.

Hassan said, “To ensure ample time devoted to hearing each of the candidates, we ran a survey on Twitter from October 4 to 10, asking citizens to vote on which four parties they wanted to hear from.

“All 18 political parties were listed in alphabetical order. After the survey was closed, nine parties did not receive a vote.

“The result of this survey informed our decision to invite the highest four scoring parties – LP, APC, PDP and NNPP to the town hall.

“The CDD is an independent and neutral institution and is non-partisan or linked to any political party or candidate. The methodology stated above was set before the survey was sent out to avoid any insinuation or claims of bias.

“We do not expect this to be the sole platform for candidates to engage with the electorate.”