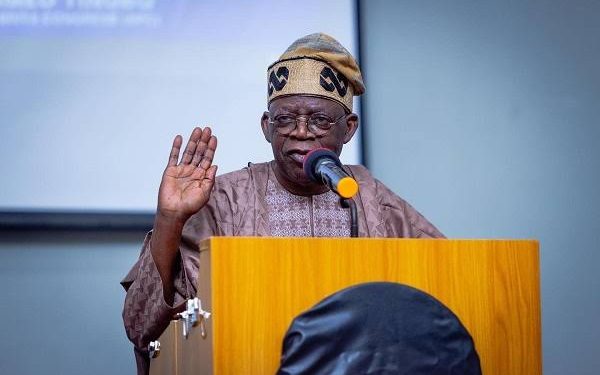 A 31-year-old Mohammed Umar, on Monday, began a 425-kilometre walk from Gombe to Abuja, to draw support for the All Progressives Congress presidential candidate for 2023 poll, Asiwaju Bola Tinubu.

Umar, a member of TinKas Tinubu/Shettima Support Group, told the News Agency of Nigeria shortly before starting his walk in Gombe, that his action was to show support for Tinubu ahead of 2023 poll.

He said the support group had been mobilising support in the North-East for the APC to ensure its victory at all levels in the 2023 general election.

“Tinubu has picked our own, Sen. Kashim Shettima, as his running mate; the best we can do for him is to mobilise support for him to secure massive votes for them from the North-East.

“Tinubu has shown capacity and competence, same for Shettima; so supporting their candidature to ensure victory in 2023 will be for the benefits of Nigerians.

“I am also going to Abuja to personally invite our leaders, Sen. Tinubu and Shettima, to come and open our campaign office in Gombe State,” he said.

The father of three said that he was prepared for the walk.

“I have some malaria drugs with me should I fall sick in the course of the walk to Abuja.

“The walk will be mainly during the day and anytime it is night, I will look for security checkpoint, introduce myself and pass the night in the place.

He stated that TinKas support group has been sensitising youths across the North-East on the need to collect their Permanent Voter Card ahead of the 2023 elections.