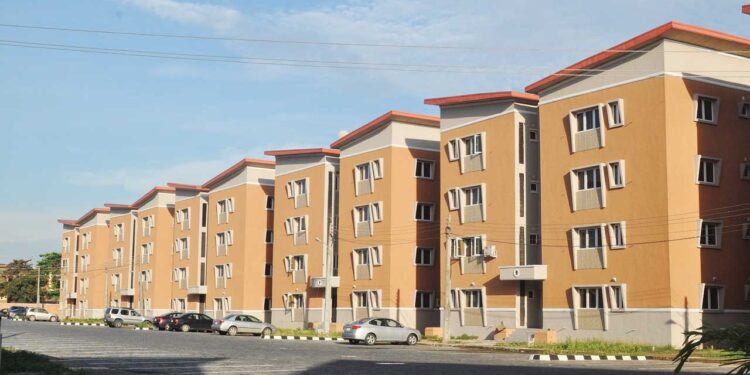 General Manager of the Lagos State Mortgage Board, Mr. Bayowa Foresythe, has said that 2,500 families have gained a house in Alhaji Lateef Jakande Gardens at the Igando area of Lagos, within the last seven months.

He said that 492 units of flats have been handed over to subscribers in the last seven months.

“Multiplying the number of flats (492) by five, which is the average size of a family, this will give you 2,460. What this simply means is that we have provided shelter for 2,460 family members in the state within a short period,” he said.

The governor, he said, promised to increase the number of homeowners through LagosHOMS and is doing everything possible to achieve it.

Foresythe said: “Our goal is to bridge the housing deficit in the state by providing affordable homes for the residents through the Rent-To-Own programme in which subscribers are to pay only five per cent equity contribution and payments are spread over 120 months (10 years). This, we believe, will sustain mortgage culture and increase home ownership drive in the state.

“We have taken the scheme to the five administrative divisions of the state, namely Ikeja, Badagry, Ikorodu, Lagos and Epe under the acronym IBILE. This is to ensure that no part of the state is left behind. With LagosHOMS, we are providing an innovative and sustainable opportunity to enhance homeownership for Lagos residents.”

The mortgage chief said the Igbogbo IIB scheme was awaiting the governor’s inauguration.

“We have 360 flats of one, two and three bedrooms to be allocated to pre-qualified residents. Likewise, we will be delivering another set of 744 one, two- and three-bedrooms flats at Sangotedo in Eti-Osa Local Government, which will be ready by next year. Our mandate to reduce housing deficit is Herculean, but we are up to the task to deliver,” he said.

Foresythe urged Lagosians to key into the programme.

“To gain access to LagosHOMS properties, you are only required to pay five per cent equity contribution of the total value of the unit and other payments are spread over a 10-year period on monthly instalments.

The government has made it flexible so that many Lagos residents can afford to own a home,” he said.