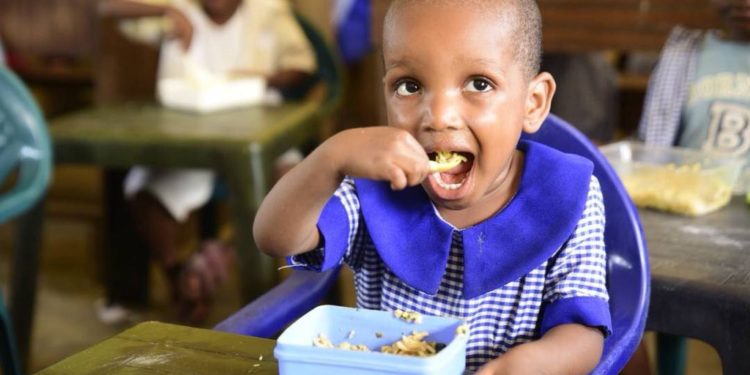 The rot in the federal government’s school feeding programme has been exposed after the Nasarawa State Governor, Abdullahi Sule revealed that 349 non-existent public primary schools were included in the scheme for which money was disbursed and pocketed by officials.

Governor Sule, who made this revelation when he hosted the newly constituted members of the enumeration committee of the school feeding programme in Lafia, the state capital, said officials of the programme listed 349 non-existent public primary schools in the programme and diverted the funds to their personal use.

Appealing to the officials to exhibit the fear of God in the course of discharging their duty, the governor told them to stop misappropriating funds meant to feed poor children in public primary schools in the state.

Domiciled in the Ministry of Humanitarian Affairs, Disaster Management and Social Development, the National Home-Grown School Feeding Programme (NHGSFP) is one of the National Social Investment Programmes (NSIP) initiated by the President Muhammadu Buhari administration in 2016 as a key component of its intervention in primary school education in Nigeria through providing one meal per pupil in selected public primary schools to encourage school enrolment and improve pupils’ general wellbeing.

Warning his guests, the governor said any member of the programme in the state who joined the bandwagon of diverting funds meant for the exercise would pay for it.

According to him, the state has over 1,200 public primary schools, but some crooked officials shortchanged it by registering 349 non-existent schools and cornered the money meant to feed the actual beneficiaries.

Sule said their action denied the real schools from being captured in the programme.

“We have over 1,200 schools, but only 800 and something they actually presented – which are the ones you verified, and the others are the duplications. The duplications were the ones the criminals were making money from, but in reality, denying the other schools that would have been benefiting from it,” he said, adding that the team is expected to enroll more primary school pupils.

The committee had rated Nasarawa State as the best supportive state in the country in the school feeding programme.

The team leader of the committee and special adviser to the minister of humanitarian affairs, Mallam Abdullahi Usman, said following the discovery, top ministry officials in Abuja had called for the removal of Nasarawa State from the scheme, but the decision was rejected in order not to punish the poor children that would benefit from the scheme.

Usman said even though he was not comparing the performance of state governors on the programme, but having visited a number of states, Nasarawa emerged as the best state where the team received the most cooperation from the state government.

Buhari To Present 2023 Budget On Friday