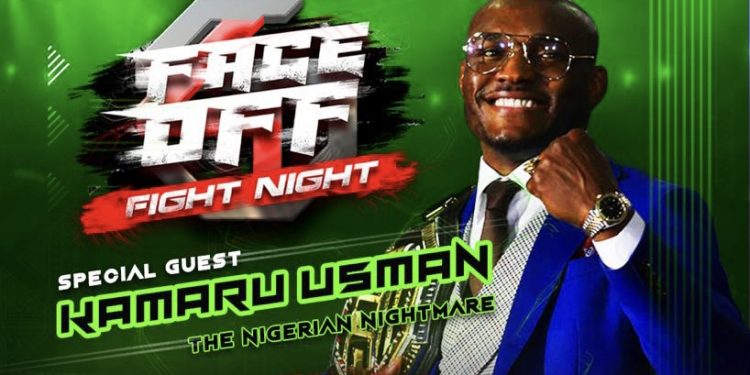 5FIVE 4Four Limited, the creator and producer of The AFRICAN KNOCKOUT (AKO) – Africa’s first of its kind Mixed Martial Arts Reality Television Show; is set to organize a series of Mixed Martial Arts (MMA) fight nights in Lagos State, including the much-anticipated sports event of this season – ‘Face Off’ Fight Night slated for January 7th 2022 at the Lagos Continental Hotel, Victoria Island.

‘Face Off’ Fight Nights are a series of elite fight events organized by 54 Limited and powered by the UFC welterweight World Champion Kamaru “The Nigerian Nightmare” Usman; featuring MMA fighters from Nigeria and Africa, celebrities, and special guests.

Aimed at creating a new trend of high-end activations in West Africa by merging sports and entertainment in an internationally proven concept, promoting the emerging MMA culture in Africa, and especially to its fans and enthusiasts in Nigeria, the event will provide the opportunity to watch and interact with the Champ live in Lagos for the first time, while promoting Lagos State as the MMA hub of Africa.

With the acclaim of MMA as the fastest-growing sport in the world’s history, Africa is not left out of the mix as MMA has become more popular with Nigerians particularly with the emergence and dominance of two Nigerian born World Champions Kamaru “The Nigerian Nightmare” Usman and Israel “The Last Stylebender” Adesanya.

Commenting on the event, the organizers stated that “We are proud to organize the first of a kind high-end MMA event in Lagos in the presence of the Champ bringing exciting fights as part of rich entertainment program organized as per world-class standards.

The fights will be managed by a certified team of officials with top health and safety measures to ensure the wellbeing of our fighters. This edition marks the genesis of a journey with our partner, Kamaru Usman, towards leaving perennial mixed martial arts imprint in Nigeria and Africa as a whole.”

Set to take place at The Grand African Ball Room at Lagos Continental Hotel, the first ‘Face Off’ Fight Night will feature a series of activities leading up to the AKO Show Season 2, including an opening press conference with Kamaru Usman, fighters face-off, 5 professional MMA fights featuring AKO Season 1 and other fighters, electrifying music, entertainment breaks, luxury items giveaways and many more.

To maintain strict COVID-19 protocols, temperature checks and masks are required at the venue.

Follow @theAKOshow socials and visit www.AKO.show for exclusive updates on tickets and more. 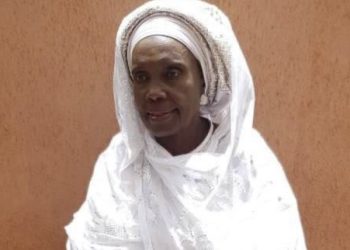 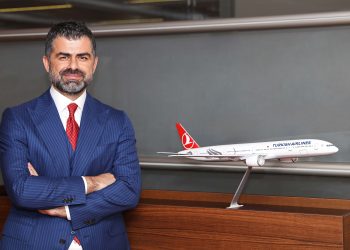 Turkish Airlines continues prove the value it places on humanity and environment with its works towards energy productivity. In order...

‘We Won’t Postpone 2023 Elections On Account Of Logistics’- INEC