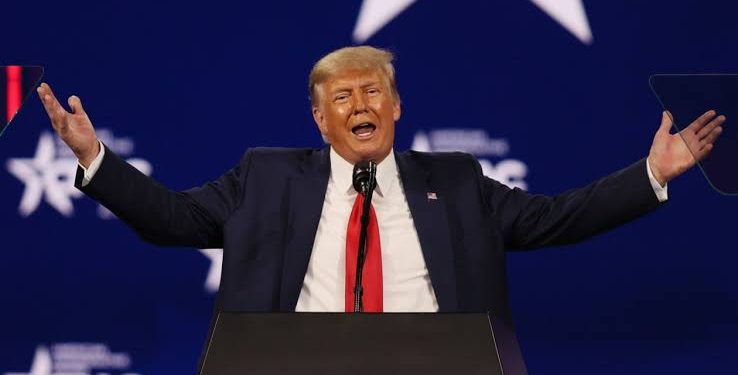 Trump remains a resolute cryptocurrencies critique, saying he prefers the US dollar as the world currency.

In a Tuesday interview, former POTUS Donald Trump reiterated his disliking for cryptocurrencies saying he prefers the US dollar. Referring to digital currencies, he said, “I think the others are potentially a disaster waiting to happen.”

Additionally, he said cryptocurrencies hurt the US currency and people making investments should choose the US dollar over cryptocurrencies. Trump noted that has not invested in Bitcoin (BTC) or any other digital currencies. He further warned that “they may be fake,” and that people don’t have much knowledge of what they are.

“No. I have not been a big fan,” he told Fox Business.

Historically, Trump has been one of the greatest Bitcoin and crypto critiques. In June, he called them a “scam” saying the euphoria surrounding the flagship currency threatens the US dollar. More so, he would like the US currency to attain global supremacy.

While still president of the US in 2019, he tweeted that cryptocurrencies should not be regarded as money. They are highly volatile and have no reasonable basis like the nation’s currency. They also encourage illegal activities such as drug trafficking especially because they are largely unregulated.

As for regulation, the US Securities and Exchange Commission (SEC) Chair, Gary Gensler maintains that crypto oversight is necessary. Earlier this month, he argued that the “field is not going to reach any of its potentials if it tries to stay outside of our laws.” These laws, specifically pertain to money laundering, tax compliance, and the SEC’s agenda on investor protection, Gensler told Fox Business.

Despite calling cryptocurrencies “innovative technologies,” Gensler highlighted the potential risks associated with the upcoming industry. He has also in the past said the crypto industry should be brought within traditional financial regulation. He has already sought help from Senator Elizabeth Warren to acquire regulatory authority over the crypto space. Many are now waiting to see the next steps of the Democratic appointee and former Blockchain professor.