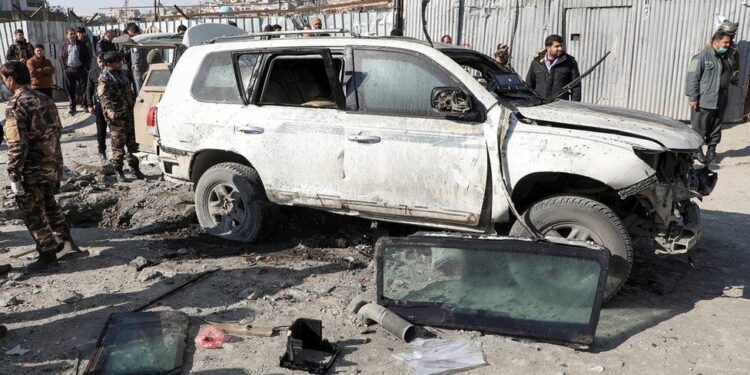 The explosion also killed the deputy governor's secretary, according to local media

Kabul’s deputy governor has been killed in a “sticky bomb “attack in the Afghan capital, security officials have said.

Mahboobullah Mohebi was travelling by car on Tuesday when a device attached to his vehicle exploded. No group has yet claimed responsibility.

It is the latest in a spate of killings in Afghanistan this month, which have included a government prosecutor, who was shot dead while on his way to work.

Journalists, activists and other political figures have been targeted.

Attackers often use so-called “sticky bombs”, which are stuck to vehicles by magnets.

Afghan news channel Tolo TV reports that Mr Mohebi’s secretary was also killed in this latest blast, and two of his security guards were injured.

Peace talks between Afghan officials and the Taliban – which have been taking place in Doha, Qatar – have been paused until January.

The two sides have have recently made progress on preliminary issues but are yet to begin discussing a ceasefire or power-sharing arrangement.

Last month the US announced plans to withdraw 2,000 troops from the country by mid-January.

The decision was criticised amid concerns that a sharp and speedy reduction of troops would weaken the Afghan government’s ability to deal with a resurgence of the Taliban and other militant groups.

Many analysts fear the Afghan army is not strong enough to fight on its own if violence continues after foreign troops have left.

William Barr: US attorney general to leave post by Christmas