After One Year Pursuit, Police Apprehends Man for Murder in Lagos 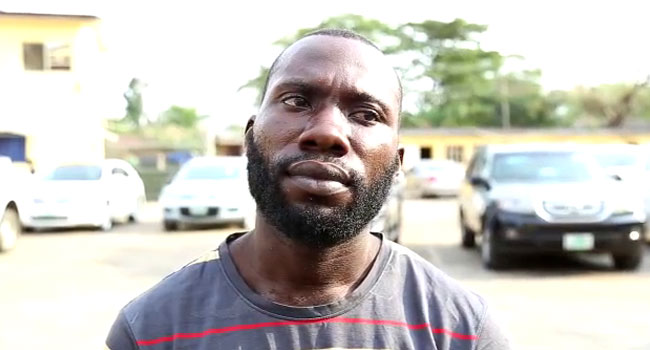 Adelaja Moses claims he was involved in the abduction of the foreigner, but he knew nothing about his death.

One Mr. Adelaja Moses has been arrested for the murder of a foreigner, after over a year after he was alleged to have committed the crime.

The Public Relations Officer of the Lagos State Police Command, Olumuyiwa Adejobi, confirmed the arrest of the suspect in a statement on Friday.

He noted that the 26-year-old suspect was apprehended by security operatives at about 2a.m on Saturday last week in the Emuren area of Ogun State.

Adejobi explained that Moses was arrested during a sting operation for his alleged involvement in the kidnapping and killing of a Chinese national in February 2020.

“The suspect, a strong member of Aiye Confraternity, and his cohorts kidnapped the Chinese national at Okunowa, Ijebu, in Ogun State but was kept in their hideout at Otta-Agbowa Ikosi, Lagos State.

“They eventually killed the captive and dumped his corpse in Agbowa-Ikosi River. The corpse has not been recovered up to date,” the statement said.

According to the command’s spokesman, the suspect confessed that other members of the gang have been arrested by the Intelligence Responses Team (IRT) of the Force Intelligence Bureau in Abuja.

He stated that the Commissioner of Police in Lagos, Hakeem Odumosu, has ordered the command’s Strike Team which arrested the suspect to work with the IRT on the investigation into the case.

Odumosu assured the residents of Lagos that the state would be hot for criminals and those he tagged as ‘bad boys’ who engage in criminal activities.

In his confession, Moses told the police that he was involved in the abduction of the foreigner but did not receive any ransom.

He also denied his involvement in the killing of the victim, saying his accomplices were responsible for his death.

The suspect confirmed that his remains were dumped in a nearby river, adding that the others have been arrested by the police.

When asked what he wants the police to do, he said, “I don’t have anything to say.”