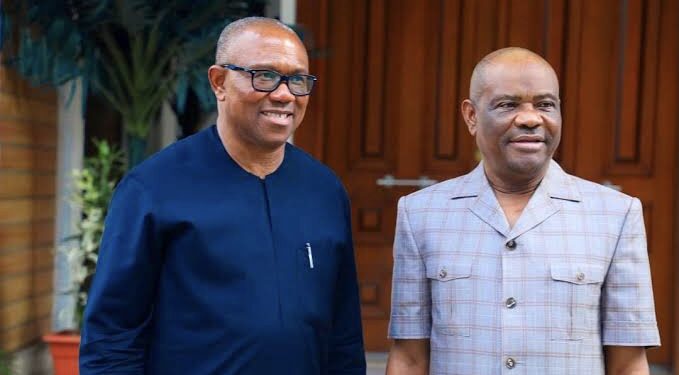 Obi’s visit was coming barely 48 hours after the official kick-off of the 2023 election campaigns.

The meeting, which is not the first, is coming amid the internal crisis of the Peoples Democratic Party which Wike belongs to.

The closed-door meeting lasted for a few hours at the governor’s private residence in Port Harcourt.

The two politicians were seen shaking hands in front of Governor Wike’s residence in pictures online. Wike was spotted in white, while his guest, Obi wore a blue senator material.

However, sharing the pictures of the meeting on his Twitter handle on Friday, Wike wrote, “It was nice hosting my brother @PeterObi once again.”

Aside from photos shared by Wike, Obi, who is a former Anambra State governor, on his Twitter handle, shared pictures of his meeting with Oyo State Governor, Seyi Makinde.

“I was at Ibadan, and I visited my brother and friend, HE @seyiamakinde, the Governor of Oyo State as part of my consultations ahead of the 2023 general elections. We had very frank and constructive discussions. -PO,” he wrote.