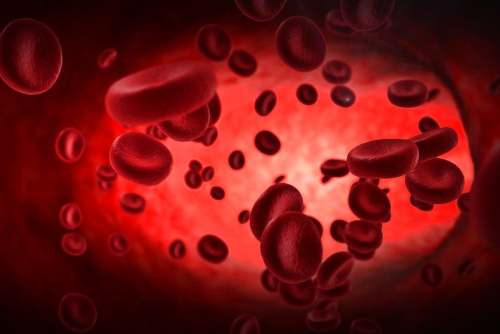 • New automated system in SCFN Lagos to save more lives

It was a tearful moment right at the premises of the Sickle Cell Foundation Nigeria (SCFN) in Lagos when the Consultant Hematologist LUTH and Supervising Consultant to SCFN, Dr. Titi Adeyemo, explained how sickle cell disorder (SCD) patients go through acute pain for two days during manual Exchange Blood Transfusion (EBT).

Adeyemo shared this agonising tale during the official launch of the newly refurbished Muyiwa Talabi EBT Unit with an automated system to save more SCD patients from excruciating experiences of transfusing red blood cell and help them live normal, and quality lives.

With the automated system in place, patients will no longer endure such nightmare from the two days of transfusing red cell into them with syringe and taking out their blood with same.

In the words of the consultant hematologist, people with SCD suffer and they see this suffering. Adding, she said most of the time, they know what they have to do but what they have to use is just not readily available.

She went on  to describe the new automated system put at the SCFN Lagos facility as a lifesaving machine that will not only give sickle cell patients normal lives but also quality life.

Adeyemo recalled, “Sometimes we have to do manual transfusion. With a needle and syringe we take out their blood, with needles and syringe we give them blood. We know the days it takes and how the patients suffer.

Speaking further, Adeyemo became sober. “The doctors and nurses suffer. We know it is what we have to do to save lives. But now we have the automated system that you can connect the patients to and in one and the half hours what could take you two days is done. The pain and stress are gone.”

“Then you can imagine my appreciation. Whether it is chronic complications or acute pain they come with, this is a lifesaving procedure to keep them alive and the best quality of life we can offer.”

When they are short of red cell, she explained, that means their body does not have enough red cells to carry oxygen and we know the importance of oxygen. Oxygen is life.

She continued that some of the blocked blood vessels can open up and the transfused red cells will not die between 10 and 20 days so that the sickle cell patients can have close to normal and quality lives as much as possible.

It is a very important treatment modality, she expressed, in people with sickle cell. All you do is give them donor red cell that does not have haemoglobin S.

Part of her suggestions is that rather than having paralysis here and there, within a few hours of them showing a sign of stroke the SC patients will recover 100 per cent fully.

Her words, “But when you miss that opportunity of giving them an exchange and the effect of the stroke set in then they are going to come down with paralysis like blindness and so many complications that stroke can cause.”

At this point, the Hematologist described the exchange blood transfusion system is a lifesaving thing for people who have stroke too. “It’s just for the doctor to identify it, refer them for EBT. That is just one example”.

Adeyemo is certain how relieved patients will be. “It is as if for me and my patients this centre was set up for me to be able to intervene. I know the relief and the lives it is going to save.

“I know the chronic complications it’s going to prevent. I know how it is going to lessen the burden of people living with sickle cell. We see these patients everyday and in pain.”

She, therefore, commended the Muyiwa Talabi family, sole benefactor of the donated automated system, whose father – an SCD patient – passed on last year.

Narrating his life, the man whose life they were celebrating, Mr. Muyiwa Talabi (of blessed memory) The Chairman, SCFN, Prof. Olu Akinyanju, said he had impacted the work of the SCFN in different ways.

He went down memory lane, “For his 60th birthday celebrations in 2009, his keen eyes observed that our major challenge at the time was poor power supply and instead of having an elaborate party, he mobiled resources for the purchase of a brand new 150KVA generator tor the National Sickle Cell Centre.”

Needless to say that we are still enjoying his foresightedness to this day, as the generator continues to be our major source of power supply.

Muyiwa Talabi later joined the Board of Directors of the SCFN. The chairman described him as a valued member of “our Board of Directors whose contribution to the development and growth of the foundation cannot be overemphasised”.

Akinyanju commended Mrs. Busola Talaba and the entire Talabi family “our sole benefactors and donor of the state of the art facility”.

The experts described sickle cell as a complex disorder with variable and often unpredictable effects and severity from time to time and from person to person, even among affected siblings.

“Although SCD is not confined to Africa, over 80 per cent of affected children are still born on the continent. With the large burden of the disorder in Africa, many have been puzzled by Apathy African countries have shown in addressing this major public health problem,” he added.

“This helps to sustain the patients’ haemoglobin at s suitable level and also prevent or decrease iron overload associated with simple top up transfusion.”

Therefore, the EBT equipment, an automated system, commissioned is beneficial in the treatment or prevention of life-threatening and other manifestations of SCD. The experts have maintained.

In the words of the professor, “The aim of the process of exchange blood transfusion is to reduce Hb S to about 30 per cent from the usual 85-90 per cent in people with SCD.”

Also commenting on the new automated system, the National Director and CEO, Dr. Annette Akinsete, said they could henceforth attend to 12 patients daily while they hope to get more equipment in place.

She explained, “It used to be one patient in two days. Now, it will be 12 patients in just one day.”

The CEO, however, cited statistic that 150,000 babies are born in Nigeria yearly with sickle cell disorder and 100,000 of those babies do not live up to age five. “That is when they say the child is ‘abiku’. They didn’t know the cause of the deaths then.”

The director also suggested that “our legislation should be more comprehensive that is children under the age of five and pregnant women with sickle cell should access free healthcare not just by saying those who are carriers should not marry each other.”

“That one is also trampling on their rights so there are other options available for children with sickle cells so those options need to be made available for them,” she urged the government. 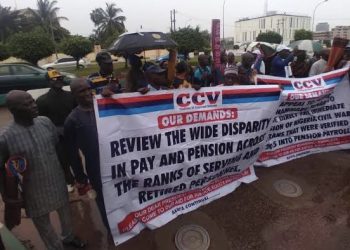