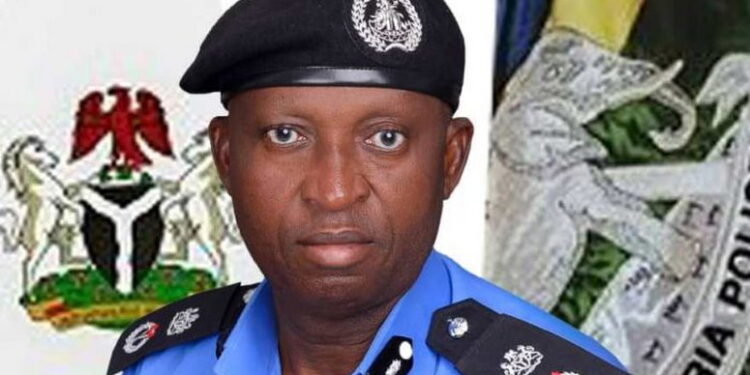 The exercise took place simultaneously across in the 14 Area Commands on Thursday June 25 this year.

The AIG, who represented the IGP, Mohammed Adamu Abubakar, was supported by the state Commissioner of Police, CP Hakeem Odumosu and the Deputy Commissioners of Police from Zone 2 Headquarters and Lagos State Command.

He added that the committees are responsible for driving the community policing policies and strategies approved by the Federal Government and championed by the Nigeria Police under the leadership of the IG of Police.

Community policing is both a philosophy and organisational strategy that allows the police and the community to work closely together in creative ways to solve the problems of crime, illicit drugs, fear of crime and social disorder.

“It is a partnership between the police and the community to fight crime and criminalities and other social issues and disorder within the community which will eventually improve the quality of life for everyone in that community,” Iliyasu noted.

He continued that the community policing model, being envisioned for Nigeria, is one that draws on the legal opportunities provided by the Police Act for the engagement of Special Constables who will serve as Community Policing Officers under the coordination of the Nigeria Police towards evolving a community-focused policing architecture.

He said this was necessitated by that fact that crime is community based and community based approach is required to effectively address it, adding that local problems should be given local solutions.

Under the Police Act, Alliyu explained that a special constable is an auxiliary police or part-time law enforcement officer specifically appointed to complement the conventional police in crime management and maintenance of law and order whenever the need arises, with the exception of being engaged in military duties.

“Provisions for the establishment and utilisation of Special Constables are contained in Section 49 of the Police Act and they are appointed in accordance with the provisions of Section 50 (1) of the Police Act.

“The Act provides for the recruitment of Special Constables to serve particular security maintenance purposes within a limited geographical area. It also confers on them the powers, privileges and immunities of a Police Officer within their localities.”

The plan as approved by the Federal Government is to leverage on these statutory provisions to recruit Special Constables from within the communities, train and kit them and deploy them as Community Police Officers to drive the Community Policing initiative at the grassroots levels.

The roles of Community Police Officers as listed include: to manage and support a policing team who patrol smaller geographical areas within the community; respond quickly to distress calls in their area; arrest offenders.

Others are: prevent breaches of the peace; take initial action at the scene of crimes; to resolves disputes; to deal with traffic accidents and record witness evidence; gathering of intelligence report daily from the community and pass on that information to the Divisional Police Officer within the area.

Their duties also are: build formal and effective relationship with the community; and give basic crime prevention advice visit schools and give community talks to school children.

The requirements for the appointment of the Special Constables that will serve as Community Policing Officers are contained in Section 50 of Police Act.

“It provides that competent authority may appoint as a Special Constable any person whether male or female: who has attained the age of 21 years but has not attained the age of 50 years; of good character and physically fit; as signifies his/her willingness to serve as a special constable; and must reside within the community,” AIG noted.

The paramount Traditional Ruler and the Commissioner of Police in the State to co-chair the committee; Heads of Security Agencies in the State; Representative of Police Community Relations Committee (PCRC); one representative each from Nigeria Supreme Council of Islamic Affairs (NSCIA) and Christian Association of Nigeria (CAN); one representative from each of the three senatorial districts in the state. The person to be appointed should be of reputable character, educated, non-partisan, acceptable to the generality of the people, and residing in the community.

The committee meets at least once a month (and can convene and emergency meeting as the need arises) with all the LGA Chairmen and DPOs in the State in attendance.

SCPC shall also convene a general meeting at the end of every quarter to review the community-policing activities in the LGAs and to develop or unveil new approaches to community policing based on challenges, success stories and need.

There shall be an advisory committee on community policing to work at the Area Command level. As a wide area advisory body, the ACPAC will have as its members DPOs, officers from other security services and residents considered equipped and predisposed to provide information and other resources to contribute to societal peace, conflict resolution, and safe neighbourhood. The ACPAC shall, therefore, comprise of security officers and prominent members of the community that work with the grassroots in various vocations, location and civil society structures.

The Local Government Community Policing Advisory Committee (LGCPAC) is the responsible champion of community policing development in its area.

LGCPAC shall work with the LGC Chairman to provide support for community sensitisation, security awareness and other supports considered essential for community policing to take root and succeed in the communities under the LGA.

The LGCPAC which reports to SCCPC, shall comprise the following members: Divisional Police Officer (DPOs); Local Government Chairman; Traditional Ruler; One representative each from Nigerian Supreme Council for Islamic Affair (NSCIA) and Christian Association of Nigeria (CAN).

The Divisional Community Policing Committee shall comprise Head of Village/Area/Quarters level Community Policing. This level shall be responsible for screening of persons to be recruited to serve as Special Constables in the communities they belong.

Details concerning the recruitment of the community policing officers will be announced soon.