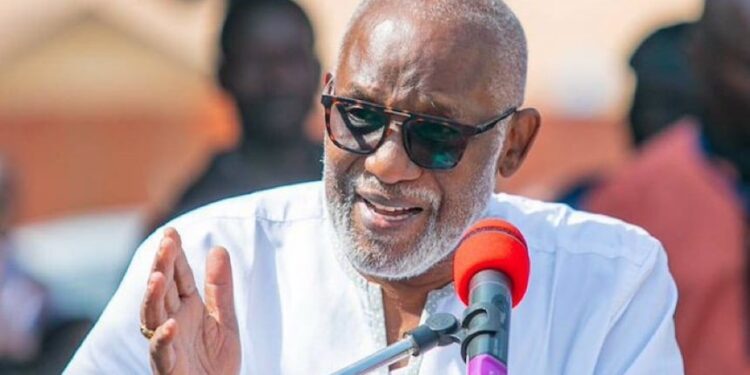 The Ondo State Governor, Mr Rotimi Akeredolu, has urged the Federal Government to allow Amotekun Corps to carry sophisticated weapons in order to protect the people.

Speaking on his recent position on the oil pipeline surveillance contract awarded to private individuals and organisations, Akeredolu explained that his position was to allow Amotekun bear sophisticated arms like the non-state actors who were engaged to protect the oil pipelines.

The governor stated this on Wednesday at the inauguration of the newly reconstructed office complex on the premises of the Ondo State Oil Producing Area Development Commission in Oba-Ile, in the Akure North Local Government Area of the state.

Decrying the precarious security situation in the country, Akeredolu vowed that he would continue to take the bull by the horn in protecting the people of the state.

“Here, we are spending our money on Amotekun. And what I said in my statement titled ‘Who actually needs weapon’ was that the Federal Government should allow Amotekun carry sophisticated weapons like those whom they awarded pipelines surveillance contract.

“If you can allow individuals to carry heavy arms to protect pipelines, why won’t you allow Amotekun to carry sophisticated weapons to protect the people. The oil facilities are not more important than the lives of the people,” he said.

Governor Akeredolu, who disclosed that some arrests had been made in connection to the abduction of some burial guests in Ifon on Saturday, said the victims who had been released were scared to come and identify their abductors.

He lauded all the security agencies in the state, including Amotekun, for the great work they did in securing the victims’ release.