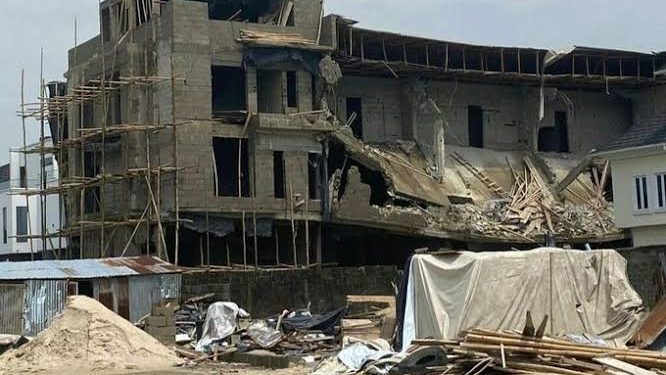 A two-storey building has caved in in Osapa London, in the Lekki area of Lagos State on Tuesday.

The building which was under construction reportedly caved in after the heavy downpour of Monday night.

This comes barely 24 hours after a 21-storey building collapsed in the Ikoyi area of the state.

A photo of the building was shared on Twitter by @SkyGospelNewsT1.