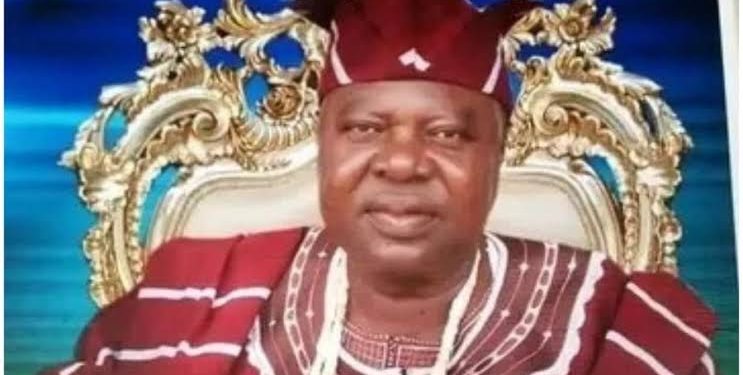 A traditional ruler from Oyo State has reportedly joined his ancestors.

He was said to have passed away on Sunday night.

The reported demise of the Onjo of Okeho in Kajola Local Government Area, His Royal Highness, Oba Rafiu Osuolale, on Saturday brings the tally of Oyo monarchs who joined their ancestors to seven.

Sources within the palace in confidence disclosed the passing away of the revered monarch.

As at the time of filing this report, the cause of death of the monarch has not been revealed.

Oba Osuolale is the seventh traditional ruler to due in the space of less than 12 months.

This is just as the reported transition of this monarch is coming barely a week after the death of Aseyin of Iseyin, Oba Abdulganiy Adekunle Ologunebi.

The Onjo of Okeho was the 18th monarch of the ancient town of Okeho, and he ruled the town for 15 years.