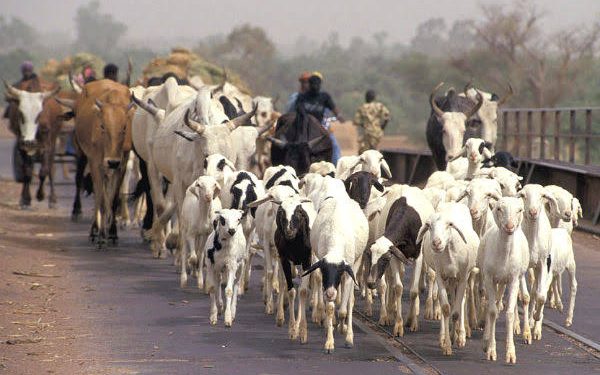 Lagos and Ondo state governments have said they would defend the anti-opening grazing law in court should the Miyetti Allah Kautal Hore Fulani Socio-cultural Association make good its threat to drag states before the courts.

Some southern states, including Ondo, Oyo, Osun, Ekiti, Abia, Bayelsa, Rivers, Akwa Ibom, Enugu, and just recently, Delta and Ogun states, had signed the anti-open grazing bills into law and vowed to implement the laws to the latter.

In Ogun, for instance, the herders are given a six-month period of grace before it becomes illegal for cattle herders to occupy unapproved public areas and private land with their livestock for grazing.

The Miyetti Allah Kautal Hore group, while reacting to the passage of the law in the southern states, described it as ‘satanic’ and ‘politically motivated,’ adding that it would sue the governors over the law.

The group’s National Secretary, Selah Alhassan, said that legal paperwork was being done and the governors who had signed the ‘hateful’ bill would hear from their lawyers.

He said, “I think such laws are not meant to engender peace in our nation because they are hateful, politically motivated and satanic. We don’t see anything good in such laws. While they are at it, God will not allow them to succeed, because these herders are innocent. They are also victims of insurgencies. I see the government playing politics with all these things, and the politics is not working for them. It is a process, not a one-man stream.”

He also called on the Federal Government to wade in and “call these governors to order (sic) before they destroy the economy because they want to make laws.”

“We are all Nigerians so we call on the Federal Government, particularly Mr President and the National Assembly, to wade in and caution these governors because we cannot destroy an economy because you want to make laws. If you are doing anti-open grazing laws in Lagos, are there cattle grazing in Lagos? Those cows you see in Lagos are for sale. States like Lagos, Rivers, Bayelsa and to a larger extent, Ogun, don’t need to have any anti-open grazing law; what they need to do is regulate their abattoirs and their cattle markets. But, when you gang up and create laws against an economic group, there is nothing you will achieve.”

Reacting to Miyetti Allah’s move to challenge the anti-open grazing law in court, the Lagos State Commissioner for Information and Strategy, Mr Gbenga Omotosho, said the state government was ready to defend the law.

Omotosho, in an interview with one of our correspondents, said the law was a product of due diligence with the interests of all relevant stakeholders put into consideration.

He said, “They are free to challenge the law. It is their right. I don’t know what they have against the law and the basis of their challenge. But the courts are there to determine such matters.

“This is a law made to clean up a filthy space and the interest of Miyetti Allah and everybody was considered before the law was made. Due process was followed; there was a public hearing; there were consultations. The law is solid and well made. If they serve us, we will be there to defend it.”

Similarly, Ondo State Commissioner for Information and Orientation, Mr Donald Ojogo, said there was nobody restricted from challenging the law.

He said, “The reason for the creation, existence and indeed, indispensability of the courts in any society is for situations like this.

“Not every legal effort reasonably deserves to suffice; yet, all deserve space in the court. So they are free to challenge the law. Even the southern governors had advised anyone who felt strongly against the anti-grazing law to approach the court.”

Meanwhile, the Ogun State Government said it would be preemptive to react to Miyetti Allah’s threat to challenge the passage of the anti-open grazing law in court.

The State Governor, Dapo Abiodun, had on Thursday signed the anti-open grazing bill passed by the state assembly in August into law.

The Chief Press Secretary to the State Governor, Kunle Somorin, in his terse reaction on Saturday to one of our correspondent’s text message, wrote “It’s pre-emptive.”