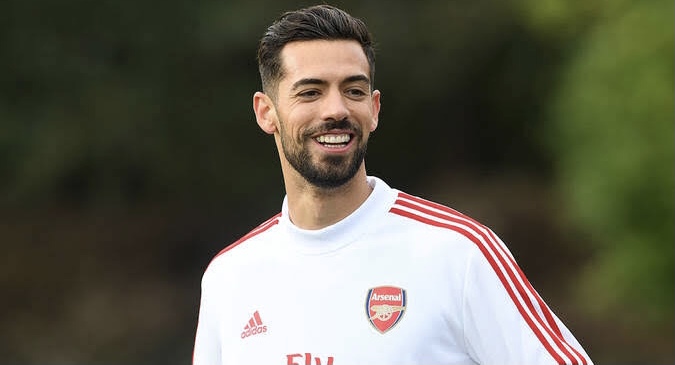 Arsenal confirmed that defender Pablo Mari, 29, has been hospitalised in Italy after being stabbed on Thursday, while another person has died. Mari, who is on loan at Monza from Arsenal, was one of five people stabbed in an incident in a shopping centre in Milan on Thursday.

In a statement, Arsenal confirmed the incident but said Mari’s injuries were not thought to be life-threatening.

“We are all shocked to hear the dreadful news about the stabbing in Italy, which has put a number of people in hospital including our on-loan centre-back Pablo Mari,” the statement read.

“We have been in contact with Pablo’s agent who has told us he’s in hospital and is not seriously hurt.

“Our thoughts are with Pablo and the other victims of this dreadful incident.”

Speaking after Arsenal’s 2-0 defeat to PSV Eindhoven in the Netherlands on Thursday, Arsenal manager Mikel Arteta was asked about Mari’s condition.

“I just found out — I know [Arsenal technical director] Edu’s been in touch with his relatives,” he said.

“He’s in hospital and seems to be OK, but I’ll have a briefing now about the situation and what happened. We’ll be in touch with him, and hopefully he’s OK.”

“Pablo Mari had a fairly deep wound on his back, which fortunately did not touch vital organs such as the lungs or other,” Sky Italy quoted him as saying. “His life is not in danger; he should recover quickly.”

Mari joined the Serie A side on loan from Arsenal in the offseason. He joined the Premier League club in 2020 from Flamengo.

Police arrested a 46-year-old Italian man suspected in the attack at a shopping center in Assago, a suburb of Milan, carabinieri said. A supermarket employee died en route to the hospital, according to the ANSA news agency, which said three other victims were in serious condition. The motive for the attacks was unknown, but police said the man showed signs of being psychologically unstable. There were no elements to suggest terrorism.

Witnesses told ANSA they saw people fleeing the supermarket in shock, and as the gravity of the situation became clear, shop workers pulled down the store’s shutters.

The Carrefour supermarket chain said that police and ambulance crews responded immediately to calls alerting them about the attack. The chain expressed its sympathies to employees and clients affected by the attack and said it was offering them psychological support.

Everything starts to become better: After three years of Covid isolation, China opens its gates