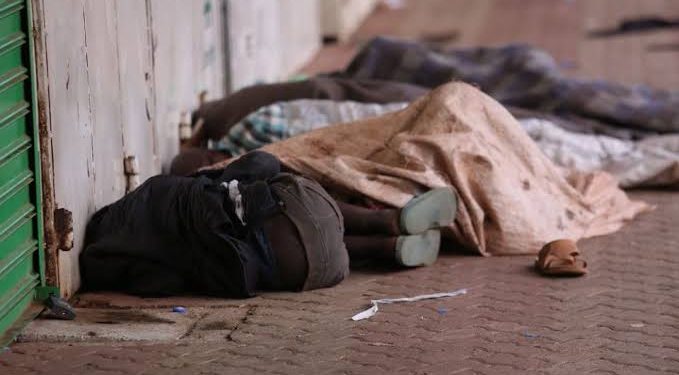 The Lagos state government has been advised to accommodate thousands of orphans roaming the streets in order to redirect their brains aright so as to avert future disaster.

Advising the government at an event organised by the Lagos chapter of Association of Orphanages and Homes Operators in Nigeria, ASOHON, the association co-ordinator, Alhaji Prince Ganiyu Olayiwola Dosunmu said government has the power to take the children out of the street, feed and redirect their minds from hooliganism, kidnapping, banditry just to mention a few, to positive ventures that will benefit everyone no matter their numbers.

“Non Governmental Organisations, NGOs cannot do it alone. When you are still sleeping with your two eyes closed, it is because the boys who the environment have turned to bad boys are not in your area.

“Orphans outside there are more than those kept in orphanage homes. They are without parents nor guardian.

“They only have useless teachers who put them into drinking alcohol, hard drugs, smoking etc. Giving them food on the roads once in a year does not solve their problem”. He added.

Dosunmu however positioned that government should have a yearly budget especially for registered orphanages in the state, saying Non- Governmental Organisations, NGOs are limited in finance to shelter and feed them successfully, but if there is regular budget for the homes, more than 50% of the orphans on the streets will be taken in.

In his speech based on the theme of the event, “The Place of Orphans in Pandemic Era”, Lagos State Honourable Commissioner of Youths and Social Welfare, Mr Olusegun Dawodu affirmed that unless some concrete steps are consciously taking by the government and the society to look out for these children to provide social and emotional support to address their needs, the society maybe in great danger.

He also took time to commend the efforts of the association for partnering with Lagos State Government through the Ministry of Youth and Social Development to alleviate the suffering of orphans and vulnerable children in the State.

Mrs Omolara Adesanya, a board member at Pastor Bimbo Odukoya Orphanage Home noted that loosing both parents at a very old age is not easy to bear not to talk about children loosing theirs at a tender age.

She advised members of the society to visit registered orphanages to help and make these children happy because they are the leaders of tomorrow.

Mrs Elsie Akerele, founder of Lady Atinuke Oyindamola home for the abandoned mentally challenged children said hers is a special case because these children are mostly neglected, isolated and segregated and rejected with no enough support from the government.

“We need necessary encouragement in terms of facility and medical support. Many of these children are in and out of hospital every day.

“We need money to take care of them., I have two of them for surgical correction but I don’t have the money to do it”.

Akerele solicits from government trained hands to be employed for the homes especially Special Education Teachers, Psychiatrist Nurses for a greater result.

While advising parents with special needs children not to keep them at home but bring them out to avoid regenerating, she advised government to regulate numbers of children in homes for better management and care.

Mrs. Oyelakin Aderonke Mary of Bimbo Odukoya Foundation who is the PRO of the Association reiterated that it was a special day put in place in order to draw attention to the plight of millions of children in the world who have become orphans for many reasons; war, famine, displacement, disease or poverty, raising awareness, support, and funding for them worldwide to make sure they are not forgotten.

According to Oyelakin, ASOHON Lagos has 65 registered members. It also has one or more orphanage / shelter in most of the local government areas in Lagos State.

Pearl Olayemi, an orphan at the celebration event while thanking the government and owners of orphanages for taking good care of them, advised her fellow orphans out there not to loose hope and join bad groups that will destroy their lives, but continue to keep faith that very soon they will also see helper that will mould their lives to be who God has purpose them to be.