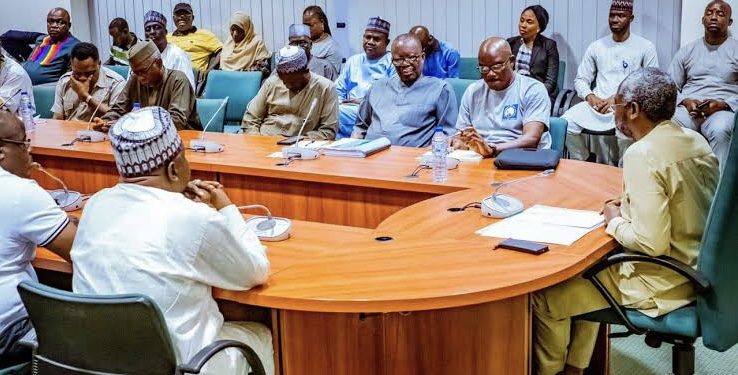 The Academic Staff Union of Universities (ASUU) has called on Nigerians to prevail on the Federal Government to urgently address all outstanding issues contained in the December 2020 FGN-ASUU Memorandum of Action.

In a statement signed by ASUU national president, Prof. Emmanuel Osodeke, after a two-day National Executive Council meeting held at the University of Calabar, Cross River State, the union maintained it was not in support of the proposed introduction of education loan, saying it would fail.

The statement read, “ASUU calls on Nigerians of goodwill to, in the interest of our students and the nation, prevail on the Nigerian government to urgently address all outstanding issues contained in the December 2020 FGN-ASUU Memorandum of Action.

“NEC rejects with vehemence, the current attempts to impose master-slave treatment as the mechanism for relating with Nigerian scholars under whatever guise by the ruling class. ASUU members are citizens, not slaves.

“Finally, NEC appreciates the resilience of our members and their families. Their understanding and perseverance, in the face of hardship and provocation occasioned by the government’s intransigence and insensitivity, shall be rewarded by posterity.”

It said that the Federal Government was gradually disengaging itself from funding public universities across the country.

The statement continued, “NEC observed with concern the systematic disengagement of government from funding of Public Universities through the proposed introduction of education loan which has proven to be a monumental failure in our nation and some other countries where it was introduced.

“We find it troubling that the proponents of the policy are so eager to foist it down the throat of Nigerians when they have done more to push the working people of this country into poverty through sheer incompetence in handling the economic fortunes of our nation.”

It said the union was disturbed by the surreptitious moves by the government to price university education beyond the reach of the poor Nigerian students and their parents through the introduction of various charges.

The statement added that the meeting also reviewed and condemned government’s attempt to casualise the job of intellectuals, “as reflected in the pro-rated salaries paid to our members for the month of October 2022, as well as the continued withholding of our members’ salaries for the preceding eight months, even when the backlog of the work are being covered by our members in various universities.”

Lady Kills Lover For Refusing To Marry Her In Lagos