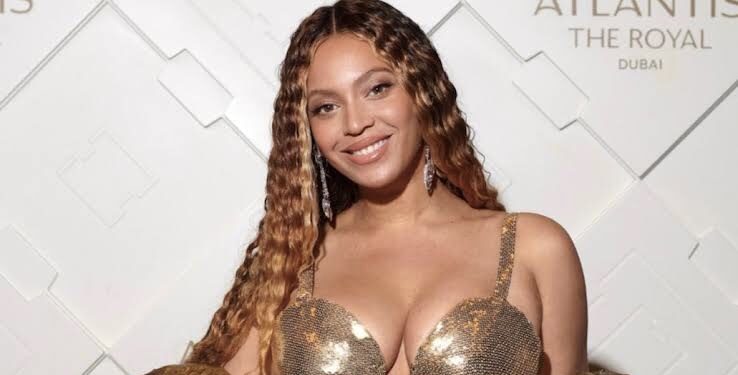 After more than four years hiatus from the stage, Beyonce performed her first live show alongside her daughter Blue Ivy.

The Grammy-winning star gave a nearly 75-minute performance, Saturday, during the launch of Dubai’s newest luxury hotel, The Atlantis Royal.

The American superstar was said to have earned  earned $320 for every minute she was on stage, totalling $24 million according to Marca.

A luxury event: Video footage of the show flooded the internet on Sunday despite a strict no-phones policy at the exclusive event.

Attendees at the invite-only event included her husband, Jay-Z, parents, Tina Knowles-Lawson and Mathew Knowles and her three children, as well as celebrity guests, influencers, and business people tied to the hotel.

While many of her fans were excited to see her on stage after a long time, the singer was also criticized for performing in a country known for its strict laws against same-sex relationships. Her latest album, Renaissance was celebrated for honouring black queer culture and taking inspiration from LGBT icons as its tribute to dance music that emerged out of the gay community.

Meanwhile, Beyonce’s daughter also received loud applause from the crowd. She entered the stage to open with the song- Brown Skin Girl, her collaboration with her mother that won both of them a Grammy Award in 2021.

Beyoncé didn’t perform any tunes from her latest album, Renaissance, but she sang some songs she hasn’t performed in a long time, including “Beautiful Liar,” “I Care,” “Ave Marie” and “Flaws and All.”