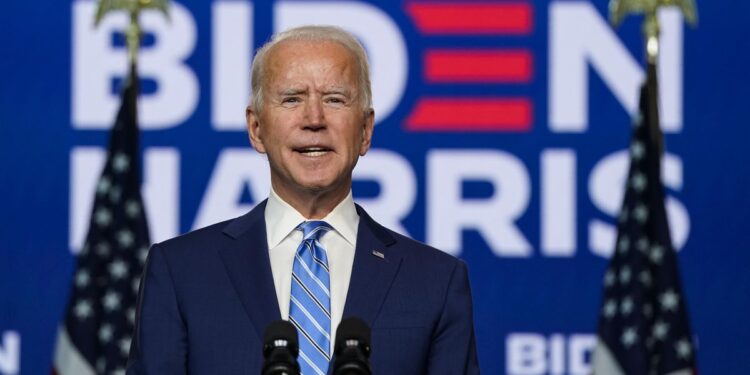 46th President-elect of the United States of America, Joe Biden, is set to reverse much of President Donald Trump’s immigration legacy, with an agenda to allow easier access to Africans and other foreigners.

Biden plans to send an immigration bill to Congress on his first day in office, in January, that includes a pathway to citizenship for the estimated 11 million immigrants living in the country illegally.

The bill would also address the status of so-called “Dreamers” living in the United States illegally after entering as children.

Trump sought to end DACA, but the U.S. Supreme Court ruled in June that his administration did not follow proper legal procedures.

Biden’s immigration reform bill will include a path to citizenship for more than 400,000 people covered by the Temporary Protected Status program. Trump moved to phase out most enrollment in the program, but was slowed by legal challenges.

Biden also intends to revamp Trump’s travel bans on travelers from 13 countries, most of them either majority-Muslim or African nations.

Shortly after taking office in 2017, Trump issued an executive order that banned travelers from seven majority-Muslim nations from entering the United States. The administration reworked the order several times amid legal challenges and the Supreme Court upheld a version of it in 2018. The countries subject to entry restrictions have changed over the years.

Biden also wants to relax Trump’s Covid-19 restrictions that kept some legal immigrants and travelers from entering the United States.

The measures include travel bans that block the entry of many people coming from Brazil, China, Europe and Iran in order to prevent the spread of the virus. Trump also barred entry of certain immigrants seeking permanent residence and temporary foreign workers, including certain skilled workers with H-1B visas, saying he needed to protect American jobs.

A US federal judge, in October, blocked Trump’s temporary foreign worker ban from being applied to hundreds of thousands of businesses, a ruling the Trump administration has appealed.

Biden has said he would raise the annual ceiling for refugee admissions to 125,000 but has not said how quickly that would happen.

Trump has sharply curbed refugee admissions and his administration announced in September that it would allow no more than 15,000 refugees in the 2021 fiscal year, a figure Biden will likely increase.

Refugee advocates caution it may take years to rebuild the pipeline of vetted refugees ready to travel to the United States, as well as the capacity of resettlement groups to receive them.

Biden said in late October that he would “immediately” grant humanitarian protections to Venezuelans living in the United States, which would allow them to remain in the country and obtain work permits. He cited economic hardship in that country under the government of President Nicolás Maduro.

Biden’s immigration plan would end the diversion of Pentagon funds to build a wall on the U.S.-Mexican border and instead invest in screening infrastructure at ports of entry.

He said in August that he would not tear down border walls built under Trump but would halt construction.

Biden has vowed to end Trump’s restrictive asylum policies, beginning with a program known as “remain in Mexico.” Under the program, formally known as the Migrant Protection Protocols, non-Mexican migrants are forced to wait in Mexico for their U.S. immigration court dates.

Biden has said he will prioritize the reunification of any migrant children separated from their families under Trump administration policies.

As of October 20, lawyers and non-profit organization seeking to reunite families separated at the U.S.-Mexico border by the Trump administration were not able to locate the parents of 545 children.