Binance To Pump $200m In Forbes 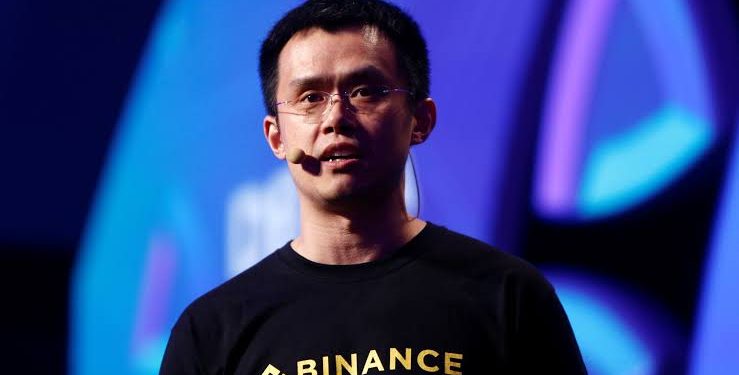 Cryptocurrency exchange operator, Binance Holdings Ltd., is making a $200 million investment in the publisher of Forbes magazine, an unusual tie-up between a digital-currency firm and a traditional media outfit, the companies said Thursday.

Binance is the world’s largest crypto exchange operator by trading volume. It would become one of the biggest investors in Forbes Global Media Holdings Inc. if the deal is completed.

The crypto boom of the past year has made a fortune for Binance founder and chief executive Changpeng Zhao. The Bloomberg Billionaires Index estimates Mr. Zhao’s wealth at $86.8 billion, making him the 12th richest person in the world, according to that list. The well-known Forbes rich list includes him as well, albeit with a much lower estimated net worth. Much of his wealth is tied up in his ownership stake of Binance.

Mr. Zhao said he was investing in Forbes to help the media company make the transition to “Web3.” A buzzword popular among venture capitalists and crypto entrepreneurs, the term refers to a new generation of internet applications characterized by decentralized control and the use of blockchain technology.

In a CNBC interview, Mr. Zhao hinted that Binance might make other investments in industries susceptible to disruption from Web3. “Media is not the only…traditional industry we will look at,” he said. “We will look at almost every sector of traditional industries, and we will try to make a few acquisitions, a few investments, and try to bring them into Web3 and the blockchain world.”

Mr. Zhao has previously clashed with journalists. Binance sued Forbes for defamation in 2020 over an article alleging it circumvented U.S. financial regulations, but withdrew the lawsuit several months later.

In a tweet on Thursday, Mr. Zhao pledged to respect Forbes’s editorial independence.

Forbes was founded in 1917. It runs a variety of digital business-news platforms and live events as well as its flagship print magazines. In 2014, the Forbes family sold a majority stake in the business to a Hong Kong investor group, Integrated Whale Media Investments.

In August, Forbes’s owners announced plans to take the company public at a valuation of $630 million by merging it with a special-purpose acquisition company called Magnum Opus Acquisition Ltd. A SPAC is a shell company listed on an exchange that seeks to merge with a private company so it can go public, a process similar to a reverse merger.

Now, Binance will insert itself into that deal by assuming $200 million worth of commitments in a so-called private investment in public equity, or PIPE, Forbes and Magnum Opus said in a statement on Thursday. Such investments are often used to raise additional cash to complete SPAC deals. Investors committed to $400 million worth of PIPE financing to complete the Forbes SPAC deal when it was announced in August. Forbes’s shares are expected to begin trading on the New York Stock Exchange in the coming months.

Binance’s investment in Forbes comes as the crypto firm has faced mounting regulatory scrutiny in the U.S. and overseas.

Last year, regulators in the U.K., Japan, Germany and a number of other countries warned that Binance was offering unregulated products. Binance pulled back from some of the countries in response. The Securities and Exchange Commission and Justice Department are conducting separate investigations into Binance, The Wall Street Journal reported in November.

A spokesman for Binance said the company was committed to working with regulators.