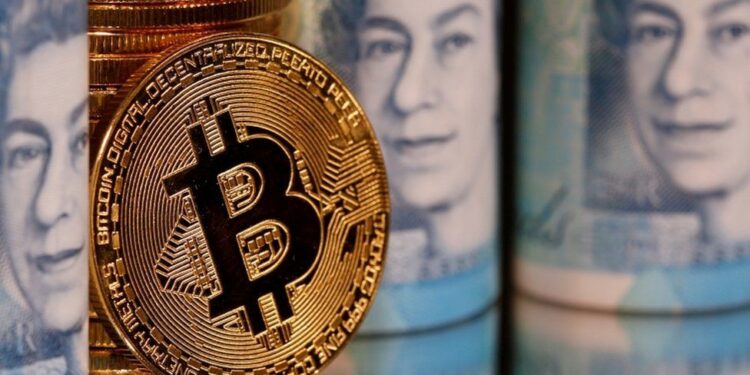 Bitcoin's value has soared over the past year

Bitcoin’s value surged above $34,000 (£24,850) for the first time on Sunday as the leading cryptocurrency continued to soar.

The rise was put down to interest from big investors seeking quick profits.

It comes after Bitcoin soared 300% last year, with the price of many other digital currencies also rising sharply.

Some analysts think Bitcoin’s value could rise even further as the US dollar drops further.

While the value of the US currency rose in March at the start of the coronavirus pandemic as investors sought safety amid the uncertainty, it has since dropped due to major stimulus from the US Federal Reserve. The currency ended last year with its biggest annual loss since 2017.

Bitcoin is traded in much the same way as real currencies like the US dollar and pound sterling.

Recently it has won growing support as a form of payment online, with PayPal among the most recent adopters of digital currencies.

But the cryptocurrency has also proved to be a volatile investment.

The soaring price has raised concerns that Bitcoin is due for a dramatic correction, as happened three years ago when the value collapsed after a bull run.

It passed $19,000 in November last year before dropping sharply again.

In October, Bank of England Governor Andrew Bailey cautioned over Bitcoin’s use as a payment method.

“I have to be honest, it is hard to see that Bitcoin has what we tend to call intrinsic value,” he said. “It may have extrinsic value in the sense that people want it.”

Mr Bailey added that he was “very nervous” about people using Bitcoin for payments pointing out that investors should realise its price is extremely volatile.