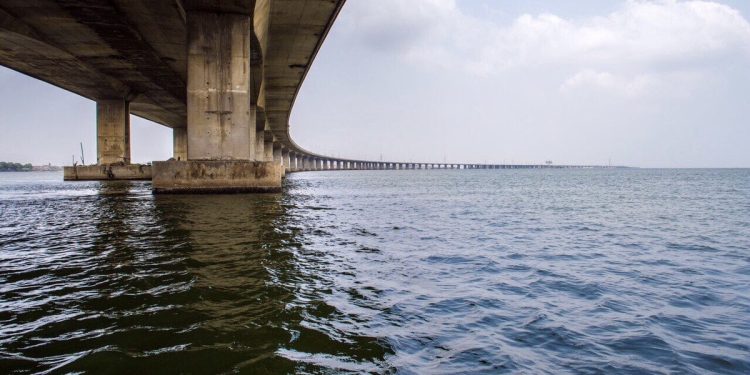 The Lagos State Management and Emergency Agency (LASEMA) said the body of a yet-to-to-identified lady who jumped into a lagoon from the Third Mainland bridge has not been recovered.

The agency in a statement on its Facebook page on Friday said the search and rescue operation to recover the body has been suspended.

On Thursday, the lady alighted from an e-hailing taxi on the Third Mainland bridge and jumped into the lagoon, Olufemi Oke-Osanyintolu, the agency’s boss said.

“The LRT, men of Lagos State Fire and Rescue Service, Officials of the Department of State Service (DSS) collaborated together to search for the victim,” the statement read.

“After a thorough search by the LASWA Officials and the Agency’s Marine Team (divers) the victim could not be found due to the high tide of the water, hence, search and rescue operation was suspended temporarily till the body resurfaced.”

However, a report by Channelstv identified the victim as Adetutu Adedokun, a staffer of the DSS.

According to sources spoken to by the medium, Miss Adedokun was an unarmed combat instructor.

She had received a letter of commendation from the Director-General of DSS as the best-unarmed combat operative in her set a few months ago.

5 Spots For Delivery and Takeout in Lagos