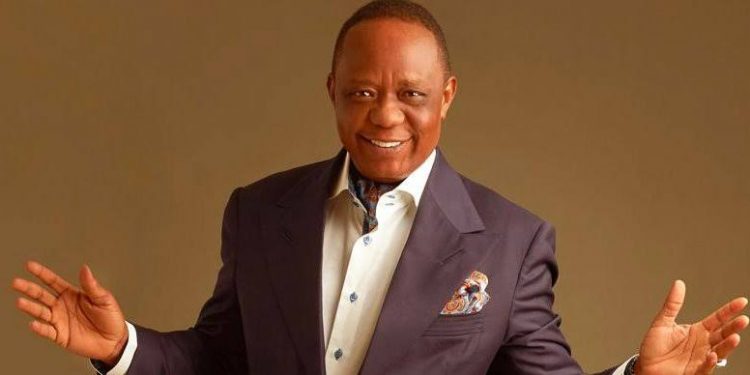 President Muhammadu Buhari has expressed grief over the passage of Captain Idahosa Okunbo, Chairman of Ocean Marine Solutions Limited at 63, saying the late business mogul contributed immensely to the development of Nigerian economy.

Also, Governor Godwin Obaseki of Edo State and immediate past National Chairman of All Progressives Congress, APC, Mr Adams Oshiomhole, have described Okunbo’s death as a loss to Edo State and humanity.

Similarly, doctors in the Commonwealth of Nations, Minister of State for Budget and National Planning, Prince Clem Agba, have mourned Okunbo.

Meanwhile, the family of Okunbo said their billionaire son, Captain Okunbo, died in a London hospital in the early hours of yesterday, after battling pancreatic cancer.

The statement by late Okunbo’s Media Consultant, Samuel Ajayi, said the family, however, thanked God for a life of service and dedication to humanity that the late businessman lived.

The statement added: “We do not mourn like those that have no hope and we take solace in the fact that he lived a good life and he has gone to be with his Lord and Saviour Jesus Christ.”

The family prayed for the understanding of all and sundry to allow the immediate family to be allowed to “grief in privacy.”

President Buhari in a statement by his Special Adviser on Media and Publicity, Chief Femi Adesina, in Abuja, yesterday, said: “The President notes that the late Okunbo with investments spanning the petroleum, telecommunications, maritime, and power sectors, among others, contributed immensely to the development of the Nigerian economy, providing sustenance to many families in the process.

“As President Buhari prays for the repose of the soul of the late captain, he urges those who mourn him, particularly the people of Edo State to whom he devoted time and resources, to sustain his legacies of well-spiritedness and large-heartedness.”

Obaseki in a statement said: “It is with a heavy heart that I mourn the passing of a great son of Edo State, a brother, a distinguished Nigerian, an illustrious businessman and an accomplished philanthropist, Captain Hosa Okunbo. A man of unparalleled energy and accomplishments, Captain Okunbo saw opportunities in adversity and from an early age in life, carved a niche for himself to become one of Nigeria’s most outstanding businessmen.

“A trained pilot, he conquered the air at an early age and set for the waters and land, building enterprises that distinguished him in the business world and embodied the hard work, perseverance, dexterity and acumen that espoused his Edo heritage.

“Okunbo was a philanthropist, who gave lavishly of himself and his resources; thousands of Edo sons and daughters benefited from his charitable works and benevolence.

“As a mortal, Captain Okunbo was not a perfect person just as none of us can claim to be, but he will be remembered for his undying love for Edo people.

“His desire for the development and progress of our dear state, Niger Delta and Nigeria as well as his invaluable contributions to building bridges of peace across the country will never be forgotten.”

Oshiomhole in a statement by his media aide, Victor Oshioke, said: “It is just too hard to come to terms with the reality that Captain Okunbo is no more and words alone cannot appropriately capture the dark mood cast upon our land this day.

“Capt Hosa was not just a good friend, but a brother and an exceptionally dependable ally in all my efforts for a better Edo State. He truly loved our state and wished only the best for its people.

“His generosity and capacity for empathy knew no bounds. He was a man of peace with an unlimited ability to forgive those who hurt him. He was a great source of inspiration for our youths, with a unique flair to understand and intervene on their behalf.

“He was sympathetic to all causes that sought to foster harmony, development and progress in the society. He engendered an extensive support system that catered for all categories of the needy in all spheres of existence. His humanitarian investments in the health, education, economic and social lives of his people makes him perhaps the most celebrated philanthropist in Edo State until his death.

“At this moment of deep grief across the land, I send my sincere condolences to his wife Nosa, his children, extended family and to his Royal Majesty Oba Ewuare II, to whom Capt Hosa was a very loyal subject and personal friend.”

He said: “While I share the pains of his beloved family and loved ones over his earthly transition, his death has revealed once again that this terrestrial plane is a truly transient place for God’s creatures.

“Indeed, we are undeniably passengers on this terrestrial plane and only our almighty creator can tell the precise time of our departure and the departure of our loved ones.

“But there again, life is not how long one lives but how well and strong one finishes the race of life, for we will be pre-eminently remembered for our deeds on this terrestrial plane.

“This explains why the death of our loved ones, as painful as it is, provides yet another opportunity for one to consciously reflect, refocus, and rededicate ourselves to cherished cardinal and theological virtues, and the upliftment of our common humanity.”

On his part, Agba said: “His death has created a huge vacuum that will be difficult to fill. Okunbo made a very huge difference in the lives of countless people through his philanthropy. Despite his wealth, his humility, selflessness, the strength of spirit and deep sense of purpose made him a national icon, a revered symbol of humanity, and a source of inspiration to many people.” 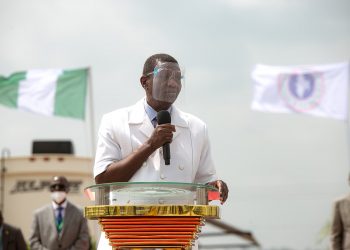