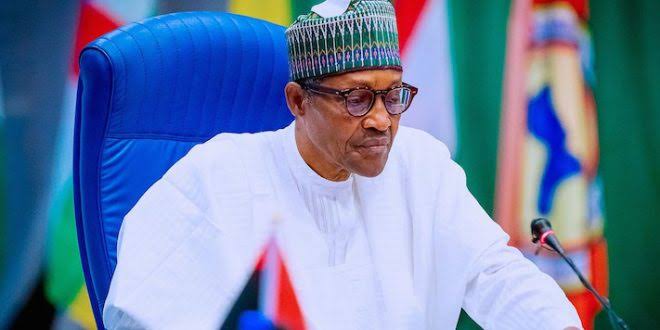 President Muhammadu Buhari has promised that the second Niger bridge, Lagos-Ibadan expressway and other key projects under the Presidential Infrastructure Development Fund (PIDF) will be completed before 2023.

Buhari said this on Monday, in Abuja at the opening of a two-day mid-term ministerial performance review retreat organised to assess the progress made towards the achievement of the nine key priorities of the administration.

According to a statement by Femi Adesina, presidential spokesman, the president used the occasion to highlight some of the federal government’s achievements in the past two years.

“On transportation, we are growing the stock and quality of our road, rail, air, and water transport infrastructure,” Buhari said.

“The PIDF projects are also advancing remarkably. These include the 11.9km Second Niger Bridge, 120 km Lagos-Ibadan Expressway, 375 km Abuja – Kaduna – Zaria – Kano Expressway and the East West Road. Most of these projects are expected to be completed within this 2nd term of our Administration.”

The president also said his administration had made tremendous progress on railway projects in the country, adding that upgrading the railway network is being extended with the recent completion of Lagos–Ibadan line.

“Work is expected to commence very soon on the Port-Harcourt Maiduguri line and Calabar – Lagos Coastal Line to connect the Southern and Eastern States of our Country. Progress is also being made on the upgrading of our Airports, with the state-of-the-art facilities in line with world-class safety standards,” he said.

On the economy, the president said the nation witnessed three consecutive quarters of growth, after negative growth rates recorded in the second and third quarters of 2020.

On security, Buhari announced that the ministry of defence has been instructed to create a modest military-industrial complex for the local production of weapons to meet some of the requirements of the country’s armed forces.

He said the establishment of the industrial complex will address Nigeria’s over-dependence on other countries for military equipment and logistics.

He said the project is being implemented under the Defence Industries Corporation of Nigeria (DICON), a military department responsible for arms manufacture.

“As part of the efforts towards strengthening our national security, we have increased investments in arms, weapons and other necessary equipment; expanded the National Command and Control Centre to nineteen states of the Federation; and established a Nigerian Police Trust Fund, which will significantly improve funding for the Nigeria Police Force,” he said.

The president warned all ministers and permanent secretaries to take seriously all issues relating to the implementation of their mandates towards the attainment of the objectives of the government.

He said the system and dashboard, which has been in effect since January, had provided him the opportunity to track projects in real-time with live data.

“In our continuing drive to ensure accountability, we have incorporated a Performance Management Framework into the functions of the Central Delivery Coordination Unit for ease of tracking of the Ministerial Deliverables along the lines of the 9 priority areas of this administration,” Buhari said.

“This initiative has provided me the opportunity to track the performance of all Ministries and by extension my Administration.

“This process has been in effect since January 2021 and today it gives me great pleasure to unveil the Performance Management System and Dashboard to track projects in real-time with live data and early warning system to proactively resolve bottlenecks.”