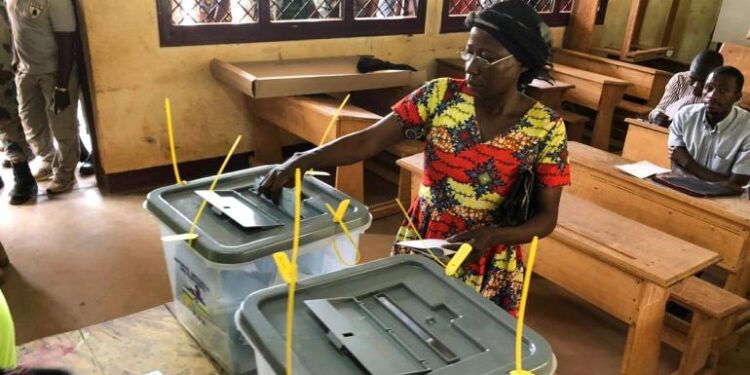 An influential opposition coalition in the Central African Republic has called for an annullment of last Sunday’s election, saying that a third of voters were unable to cast their ballot because of insecurity.

Voting took place amid an offensive by armed groups in rural areas long beyond the reach of government control in the sparsely-populated country of 4.7 million people.

In the build-up, the government relied on United Nations’ peacekeepers to deliver election materials to the provinces by plane because roads were made unpassable by heavy rains or rebel checkpoints.

In a statement on Wednesday, the Democratic Opposition Coalition (COD-2020), said Sunday’s elections “were not fair and inclusive and are in no way the expression of the people’s will”.

Condemning an “electoral farce”, it claimed widespread ballot stuffing and complained of a lack of observers in remote areas.

Results are expected to trickle in from Wednesday, but the opposition coalition which includes five presidential candidates and former President Francois Bozize, says the vote should be repeated.

Insecurity halted voting in 2,115 polling stations, preventing over 621,000 voters, or about a third of the electorate, COD-2020 said.

In some polling stations, voting started late, counting was delayed or the number of votes surpassed the number of registered voters, it added.

The coalition did not provide details on which polling stations were closed or proof to back up the assertions.

“Given that the elections … were not an expression of the will of the Central African people,” the coalition demanded the “outright cancellation and repeat of elections”.

The electoral commission said on Tuesday that about 800 of a total 5,408 polling stations did not open because of insecurity.

The country, which has substantial diamond and gold resources, has struggled to stabilise due to waves of violence since 2013 that have killed thousands and forced more than a million from their homes.

Campaigning was marred by threats from armed groups after several candidates, including Bozize, were barred from running.

Security forces, helped by more than 12,000 UN peacekeepers, and reinforcement from Russia and Rwanda, managed to fend off attacks in the capital.

In 'Hyperflux' Chechet's Masterful Brushstrokes Mirrors Perspectives On Self Representation