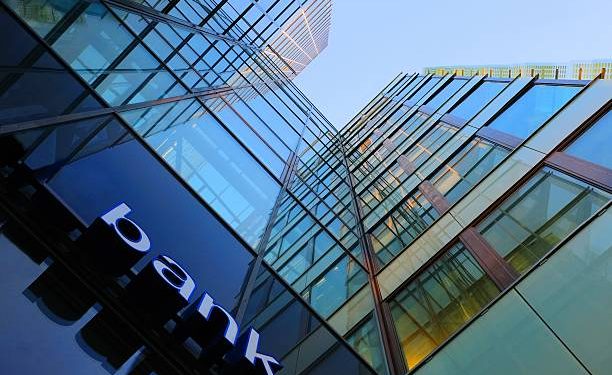 The Central Bank of Nigeria (CBN) has advised banks and other financial institutions to embrace opportunities represented in open banking to drive financial inclusion in the country.

The News Agency of Nigeria (NAN) reports that the theme of the stakeholders’ conversation was: “Driving Innovation through Open Banking: Exploring Challenges and Opportunities for Growth’’.

Open banking is the practice of sharing financial information electronically, securely, and only under conditions that customers approve of it.

It enables third party developers to build applications and services around the financial institution, particularly the banks who hold customer data.

“As we are all aware, the pace of changes in information technology driven age is a lot faster in the financial service sector; and this is why the world, as we know is constantly evolving, especially in the Fintech space.

“As such it is proper for regulators to try to get ahead of the changes with complimentary policies, innovative ideas and dynamic trends that will help us in realising our goals for Nigerian payment system.

“We continue to implore regulated entities to innovate and seek out new opportunities while maintaining resilience against unforeseen challenges.

“In recent years, there has been several emerging trends in the Fintech space, including paycheck disruption, artificial intelligence, machine learning, digital banking, Big Data block chain technology and robotic processing automation, among others.

“One of such emerging trends is the open banking. And it has attracted the attention of operators and regulators because of the enormous potential that it holds for financial service industry,’’ she said.

Ahmad, represented by Mr Musa Jimoh, Director, Payment Systems Management, CBN, said that banks and other financial institutions were already attuned to all the various technology changes within this space.

She expressed delight that the financial service sectors would adjust to the continued transformation of Fintech space, as they had always shown resilience and preparedness to respond quickly to emerging issues.

According to her, we are always very proud because there are so many innovative products that Nigeria is always first in it.

She said: “Our instant payment in this country ranks first among the ones in the world, through dedication commitments, and by lessons learned from previous experiences in building and implementing solutions.

“Financial institutions and banks have evolved and are now able not only to react, but, also to be proactive in their dealings.’’

She said that it became expedient for the CBN to provide appropriate framework and guidelines to regulate the practice, having observed the green integration of banks and other financial institutions with innovation in financial services space, and the increased adoption of Application Programming Interfaces (APIs) based integration in the industry.

Ahmad also said that the framework was aimed at identifying data that might be exchanged and corresponding API services that might be implemented and used by the participants.

She said “while the framework
specifies the role of stakeholders, industry participants are permitted to develop API that must be open, reusable, interoperable, robust and user centric, and overall be secure.

“The opportunity presented by open banking are diverse and many; it serves to enhance financial inclusion, encourage improvement and promote efficiency in the financial service industry.

“These are some of the compelling cases for the implementation of open banking in Nigeria, which convinced the CBN that it is the right way to go.’’

Earlier, Dr Ken Opara, Chairman of CIBN and Chief Host of the discourse, said that open banking APIs in the banking industry was now being adopted in more than 87 per cent of countries and regions around the world.

Opara said that there were over 10,000 financial institutions around the world with open banking implementations, as noted by LearnBonds.

“Despite the wide adoption of open banking, it is still very much in its infancy stage, however, demand is growing.

“According to Allied Market Research, the open banking market is growing at 24.4 per cent, reaching 43.15 billion dollars by 2026.

“Also, as stated on globenewswire.com, the Global Open Banking Market was valued at approximately 9,045 million dollars in 2019 and is anticipated to grow with a healthy growth rate of more than 24 per cent over the forecast period 2020-2027.

“Given this projection, it has become pertinent to explore in detail what the opportunities, risks and path forward could look like for this innovation,” he said.