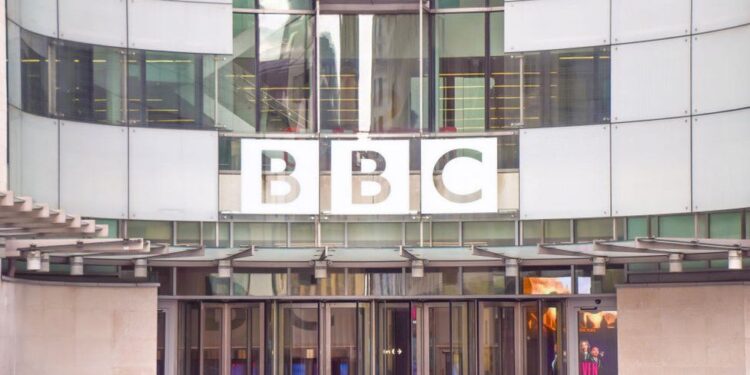 China has banned BBC World News from broadcasting in the country, its television and radio regulator announced on Thursday.

China has criticised the BBC for its reporting on coronavirus and the persecution of ethnic minority Uighurs.

The BBC said it was “disappointed” by the decision.

Ofcom’s decision earlier this month came after it found that CGTN’s licence was wrongfully held by Star China Media Ltd.

In its decision, China’s State Film, TV and Radio Administration said BBC World News reports about China were found to “seriously violate” broadcast guidelines, including “the requirement that news should be truthful and fair” and not “harm China’s national interests”.

It said that the BBC’s application to air for another year would not be accepted.

The BBC said in a statement: ‘We are disappointed that the Chinese authorities have decided to take this course of action. The BBC is the world’s most trusted international news broadcaster and reports on stories from around the world fairly, impartially and without fear or favour.”

The commercially-funded BBC World News TV channel broadcasts globally in English. In China it is largely restricted and appears only in international hotels and some diplomatic compounds, meaning most Chinese people cannot view it.

China’s decision to ban BBC World News in mainland China is an unacceptable curtailing of media freedom. China has some of the most severe restrictions on media & internet freedoms across the globe, & this latest step will only damage China’s reputation in the eyes of the world.— Dominic Raab (@DominicRaab) February 11, 2021

The US State Department condemned the decision, calling it part of a wider campaign to suppress free media in China.

Relations between China and the UK have seen a serious deterioration in recent months over Hong Kong, where Beijing introduced a controversial new security law after a large pro-democracy movement swept the ex-colony.

In January the UK introduced a new visa that gives 5.4 million Hong Kong residents the right to live in the UK and eventually become citizens because it believes China is undermining the territory’s rights and freedoms.

And in the past two years China has been systematically blocking or banning foreign media, including in effect expelling journalists from three US newspapers in 2020. The BBC website and its app are already banned in the country.

In February the BBC published a report featuring interviews with Uighur women who said they had been systematically raped, sexually abused and tortured in China’s “re-education” camps in Xinjiang. China’s foreign ministry accused the BBC of making a “false report”.

Last month the US said China has committed genocide in its repression of the Uighurs and other mainly Muslim groups.

According to estimates, more than a million Uighurs and other minorities have been detained in camps in China.

China denies that Uighurs are persecuted. Last year China’s UK ambassador Liu Xiaoming told the BBC’s Andrew Marr that reports of concentration camps were “fake” and the Uighurs received the same treatment under the law as other ethnic groups in his country.