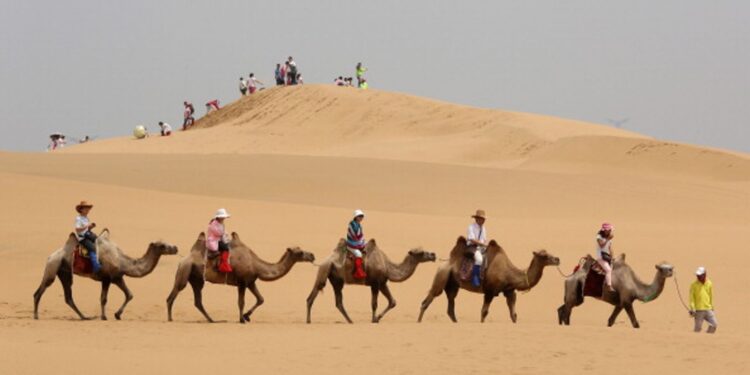 Eleven people have died of the plague, known as the Black Death in the Middle Ages, across China since 2009.

Chinese authorities have issued a warning after a suspected case of bubonic plague was identified in Inner Mongolia.

The case was reported at a hospital in the city of Bayannur, to the west of the Chinese autonomous region, on Saturday. It is not known how the patient became infected, local officials said.

It triggered a level three alert on Sunday – the second lowest of China’s four-level system – ordering people to report any dead or sick marmots or any unexplained fever symptoms in humans.

The alert also bans the hunting or eating of animals, primarily rodents, that could spread the disease.

Known as the Black Death after overwhelming outbreaks in Britain in the Middle Ages, bubonic plague is not uncommon in China.

Cases have become increasingly rare however, with only 26 reported between 2009 and 2018, resulting in 11 deaths.

Symptoms of the bacterial infection, mostly spread by rodents, include a fever, swollen lymph nodes and feeling weak.

It can be deadly if left untreated but can be easily prevented by antibiotics.

There were four cases of plague reported in Inner Mongolia last November, with two suffering pneumonic plague, which is often more deadly.

So far, Chinese authorities have reported 238 cases of coronavirus in the autonomous region.

LASG To Divert Traffic in Ikeja Axis Till Sept 5