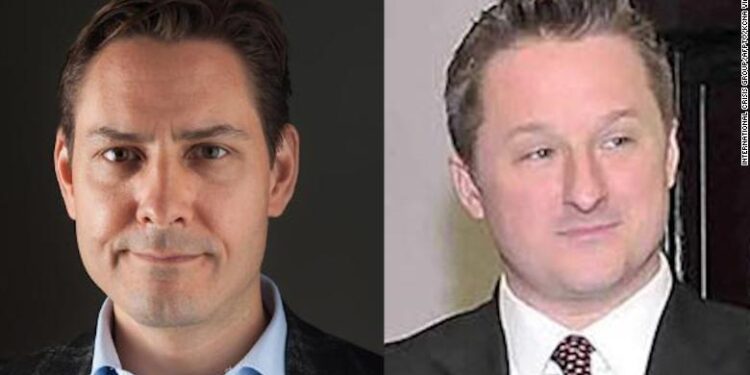 Two Canadian citizens charged with espionage in China could go on trial “soon,” according to the state-run Global Times newspaper.

Michael Kovrig and Michael Spavor have been detained since December 2018 and were charged in June last year with spying. In an article published late Thursday, the Global Times said that their cases had previously been delayed due to the coronavirus pandemic but were now proceeding.While the article did not carry a byline, on Twitter, the paper’s editor Hu Xijin said that an anonymous source had told him “China’s judicial department will conduct first trial over these two cases soon.”

Kovrig, a former Canadian diplomat who worked for the International Crisis Group (ICG), is accused by the Chinese authorities of “stealing sensitive information and intelligence through contacts in China since 2017,” while Spavor, a businessman based in Beijing with a focus on North Korea, is accused of providing intelligence to Kovrig.

Chinese officials have not disclosed any evidence against the two men or information detailing their alleged crimes, but have said, “the facts are clear and evidence is solid.

Meng has been held in Canada ever since, awaiting potential extradition to the US.

After Kovrig and Spavor were charged with espionage last year, Canadian Prime Minister Justin Trudeau denounced the “political” nature of their case, saying their detention was a “decision made by the Chinese government and we deplore it.

“Trudeau has repeatedly refused to consider any trade of the two Canadians for Meng.Speaking earlier this year, Chinese Foreign Ministry spokeswoman Hua Chunying said that Ottawa had tried “to draw parallels between the Meng Wanzhou case and the cases of the two Canadian nationals in an attempt to confuse right and wrong with ulterior motives.”

“It is seeking to resort to megaphone diplomacy and gang up on China,” she added.

“This hasn’t worked in the past, and will never work in the future.”

Both the former Donald Trump administration and President Joe Biden’s government have pledged to do all they can to assist the two Canadians, with Vice President Kamala Harris telling Trudeau in a phone call in February that Washington was in “strong solidarity with Canada regarding the issue of two Canadian citizens unjustly detained by China.”