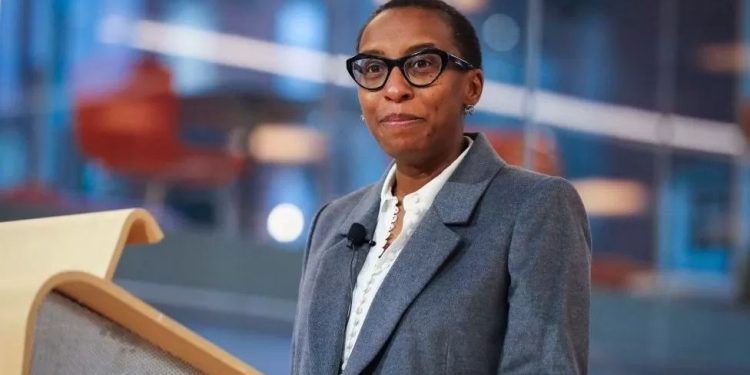 Dr Claudine Gay, who is a dean at Harvard and a democracy scholar, has been appointed as the school’s 30th president.

She is the second woman to head the elite college in Cambridge, Massachusetts.

Dr Gay will replace Lawrence Bacow as president in July 2023, the university said.

She will be the only black person to lead an Ivy League university in 2023 and the second black woman ever to head one of the colleges.

Dr Gay has “brought to her roles a rare blend of incisiveness and inclusiveness, intellectual range and strategic savvy, institutional ambition and personal humility”, said Penny Pritzker, a senior fellow of the Harvard Corporation and the chair of Harvard’s presidential search committee.

“This is crazy, right?” Dr Gay said as she was introduced to applause at the Smith campus centre on Thursday, adding she felt “humbled” by the appointment.

She said: “The idea of the ‘ivory tower’ – that is the past not the future of academia.

“We don’t exist outside of society, but as part of it.

“That means that Harvard has a duty to lean in, engage and to be of service to the world.”

She is the daughter of Haitian immigrants and received her bachelor’s degree from Stanford University in California in 1992.

Dr Gay received her doctorate degree in 1998 from Harvard, where she won the Toppan Prize for the best dissertation in political science, according to the university.

She joined Harvard’s faculty in 2006 as a government professor and became a professor of African and African-American Studies in 2007.

Dr Gay’s work has centred on race and politics in America, including how social and economic factors shape political views and voting behaviour.

Her appointment comes as the Supreme Court is reviewing a case that could require Harvard to change its admissions process.

The case focuses on whether an applicant’s race should be a factor in the admissions process.

10 dead, including 5 children, as fire rips through apartment block in Lyon, France