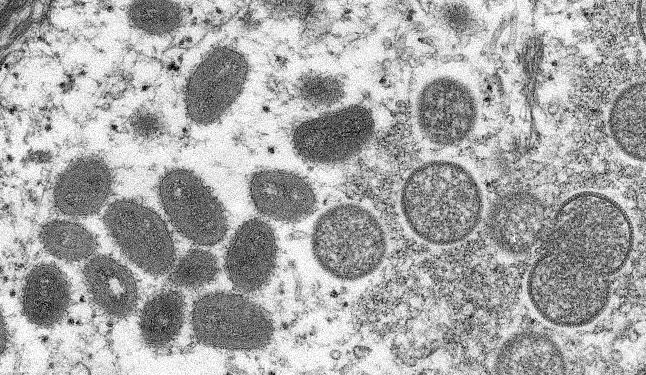 Nigeria has recorded at least 277 cases of monkeypox, exceeding the 2017 peak, as low awareness among citizens, and poor access to vaccines, especially by low-income countries, persist, BusinessDay findings have shown.

Recently, a video surfaced online of a young man narrating his painful experience with monkeypox. He said the health workers he consulted had no inkling of his health condition, and he was consequently misdiagnosed

As at September 15, 2022, Nigeria had reported 277 monkeypox cases, the highest number since 2017, when the country recorded a total of 88 cases, according to the Nigeria Centre for Disease Control (NCDC).

Some residents of the Federal Capital Territory who spoke with BusinessDay lacked knowledge of monkeypox – how it can be contracted, treated or prevented.

The monkeypox virus was in July designated a public health emergency by the World Health Organization (WHO).

When contacted, Emeka Oguanuo, risk communication officer at the NCDC, said there are currently no vaccines available in the country, adding that the centre is rather dealing with more fatal diseases, like Lassa fever and cholera.

“Monkey pox is self-limiting and will resolve on its own. It’s not deadly or fatal. If it was fatal, it would have been prioritised,” he said.

However, since the disease was declared a global emergency, there have been reports of how rich countries in Europe, Asia and Americas that have seen a surge in cases rushed to buy nearly all the world’s supply of the most advanced shot against monkeypox.

The vaccines are not yet available in Nigeria and other African countries, although WHO said in June that it would create a vaccine-sharing mechanism to help needy countries get doses.

Oguanuo blamed global politics, but said the government is making efforts. He explained that Bavarian Nordic, the only company that currently has the patent to produce the monkeypox vaccine, has ground to a halt because a key facility was shut down for expansion when the outbreak began.

The situation has seen countries compete for the available 16.4 million doses, with no new supplies expected until 2023, he said.

However, available records show that the United States has already taken up the bulk of the doses that are available for distribution, and WHO officials have warned that the remaining supplies could be divided among the highest bidders.

So far, the Africa Centres for Disease Control and Prevention has identified about 3,000 suspected infections and over 100 deaths. WHO said although monkeypox cases globally have fallen by more than a quarter and by 55 percent in Europe, cases continue to rise in Nigeria.

According to the organisation, Nigeria currently has the highest monkeypox death toll and confirmed cases in Africa, but no single dose of the vaccine has been administered.

According to BusinessDay, monkey pox vaccine could cost up to $110 per dose. While the wealthy countries have bought up available vaccines, low and middle-income countries are relying on donations.

Oguanuo said the federal government has not made any progress in procuring the vaccines, saying that “no concrete agreements have been reached.”

Matshidiso Moeti, Africa regional director at WHO, decried recently that Nigeria was still not benefitting from either monkeypox vaccines or the antiviral treatments.

But public health experts have criticised the Nigerian government over its approach in dealing with the monkeypox virus.

Adaobi Onyechi, a health expert, is worried that “Nigeria is always reactive rather than proactive. This was seen in the way we managed the COVID-19 virus; we always take a lazy approach.

“The World Health Organisation has sounded the alarm already that this is a public health emergency. I think that is enough for any serious government to prioritise the health burden, but it is always our culture to take the backseat and wait till it gets out of control,” she said.

According to her, the government ought to intensify awareness around the virus.

“Those lives lost to the virus so far are not just numbers but human lives. There could be more undetected cases, and many Nigerians live in ignorance on how to even prevent the virus,” Onyechi said.

Monkeypox, according to the NCDC, is a rare viral zoonotic infectious disease, meaning an infection transmitted from animals to humans that is endemic in areas in and near tropical rainforests in Central and West Africa. It is caused by the monkeypox virus which belongs to the same Orthopoxvirus genus and Poxviridae.

The disease can spread both from animal-to-human (which is the first spill-over, event preceding the detection of cases in humans), and from human-to-human. Animal-to-human transmission may occur by direct contact with the blood, body fluids, the skin or mucosal lesions of infected animals such as monkeys, squirrels, and rodents.

“This can happen through a bite, scratch, handling of, or eating inadequately cooked or other products of infected bush meat. Human-to-human (person-to-person) transmission occurs when a person comes into contact with the virus from an infected human, or materials contaminated with the virus such as clothing, beddings. As a consequence, the centre warned that household members or healthcare workers are at greater risk of infection,” NCDC said in an advisory issued recently.

According to the centre, the virus enters the body through broken skin (even if not visible), the respiratory tract, or the mucous membranes of the eyes, nose, or mouth. Human-to-human transmission may also occur through aerosols/droplets following prolonged face-to-face or close contact.

Symptoms include fever, headache, body aches, weakness, swollen lymph nodes (glands) and a rash. After about one to three days of fever, the rash erupts, beginning on the face and then spreading to the body with the face and palms/soles being mostly affected. Mostly a self-limiting illness that often lasts for two to four weeks, it can also occur in and around the genitals, which is why it can be contracted through sex.