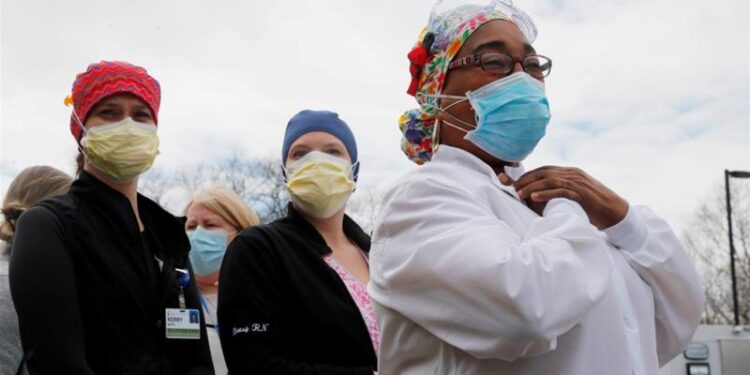 More than six million coronavirus cases have now been recorded in the US, according to Johns Hopkins University.

Three weeks ago, the US reached five million confirmed cases.

Researchers at Johns Hopkins have been tracking global cases since the start of the pandemic.

The US has had the highest amount of cases over the past few months, with Brazil coming in second with 3,862,311 cases and 120,828 deaths as of Monday.

On Friday, Donald Trump used a 70-minute long speech in which he accepted the Republican presidential nomination to claim the US has had one of the best responses in the world to the pandemic.

The president said: “The United States has among the lowest case fatality rates of any major country in the world.

“The European Union’s case fatality rate is nearly three times higher than ours. Altogether, the nations of Europe have experienced a 30% greater increase in excess mortality than the United States.

“Unfortunately, from the beginning, our opponents have shown themselves capable of nothing but a partisan ability to criticise.

“When I took bold action to issue a travel ban on China, Joe Biden called it hysterical and xenophobic. If we had listened to Joe, hundreds of thousands more Americans would have died.”

The coronavirus pandemic has slashed support for Mr Trump, but he sought to improve his chances in his speech by declaring there will be a vaccine before the end of 2020 – despite virulent disagreement from epidemiologists.