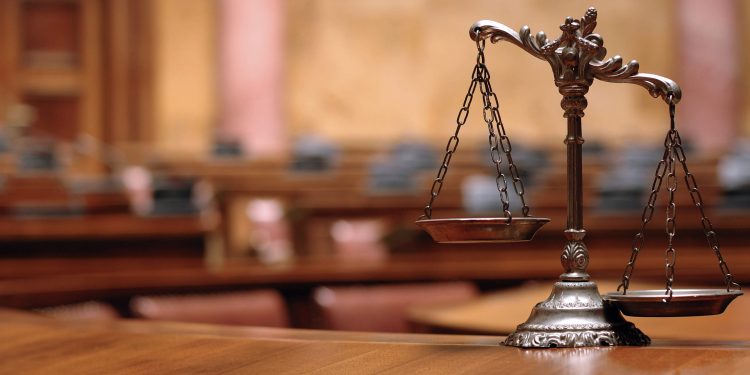 Three men who allegedly strangled to death a sonographer-turned Uber driver and absconded with his Toyota Corolla, on Thursday appeared before an Ebute Meta Magistrates’ Court in Lagos.

The suspects, one Sodiq Taiwo, Rilwan Nasiru and Pelumi Oladimeji, aged 23, 27 and 20 respectively, appeared before Magistrate Mr W.A. Salami on a three-count of conspiracy to murder, murder and stealing.

They allegedly killed Morenikeji Oluwaniyi, who they booked to take them in his car to Meiran area of Lagos State.

The magistrate could not take their pleas but remanded them at the Ikoyi Custodial Centre pending advice from Lagos State Director of Public Prosecutions.

Earlier, the prosecutor, Sgt. Temitope Adegbie, told the court that the trio committed the alleged offences on Sept. 5, about 10.00 p.m., at Abule Egba, Lagos State.

She alleged that the trio absconded with Oluwaniyi’s Toyota Corolla with registration number KSF 830 GX, after strangling him to death.

Adegbie submitted that the car worth N2 million.

Oluwaniyi was reportedly booked and lured by the defendants to take them to Meiran during which they allegedly conspired and strangled him to death and made away with his car.

His body was allegedly dumped on the Abule Egba Bridge.

Following a complaint by his fiancee, his car was tracked and found, while the defendants were apprehended by the police.

According to the prosecutor, the alleged offences contravene Sections 223, 233 and 287 of the Criminal Law of Lagos State, 2015.

The court adjourned the case until Oct. 27 for mention.

It can be recalled that a sonographer is a healthcare professional who specialises in the use of ultrasonic imaging devices to produce diagnostic images, scans, videos or three-dimensional volumes of anatomy and diagnostic data.