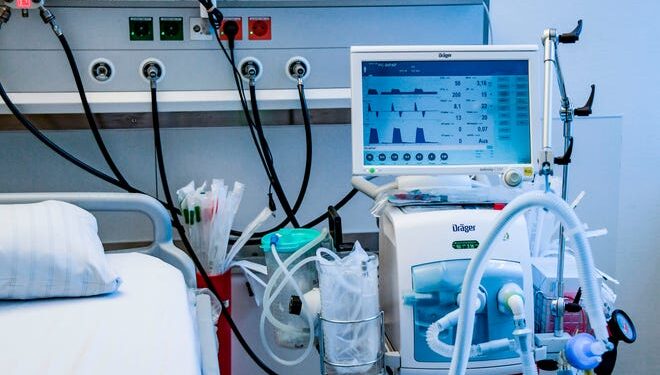 As the second wave of the Coronavirus surges across the country, 22 out of 86 patients at the various isolation and treatment centres in the Federal Capital Territory FCT are reportedly in critical condition and currently placed on oxygen.

The development came as security operatives, mainly Police men and Civil Defence personnel at the Idu Isolation centre continue to lament the non-payment of their allowances by the FCT Administration.

Many of the operatives told Vanguard that having spent over three months at the centre, their allowances, supposedly running into hundreds of thousands each have not been paid while those who were lucky among them only got paid a miserly N30,000 with an instruction to again remit 10 percent to their stations.

Also, frontline workers at the Thisday Dome Isolation Centre are currently groaning over the non-payment of their allowances for four months.

However, Permanent Secretary in the FCT Administration, Adesola Olusade who toured the centres said the issue would be addressed.

According to him, the FCT Administration was paying attention to the complaints of non-payment of allowances by workers at Thisday Dome, noting that the centre was just recently transferred to the FCTA by the Federal Ministry of Health.

“There is no time we will not have the issues of allowance, but as they are rising, we address them. It is only recently that this centre was transferred to FCT, and we are making all efforts to address all issues “.

On the status of patients at the centres, Olusade said while non critical cases were being managed at home, 86 patients were receiving treatment at both the University of Abuja Teaching Hospital UATH and the Thisday Dome Centres respectively, with zero case at the Idu centre.

The Permanent Secretary explained that touring the Isolation centres became necessary to ensure that they are adequately operational, in view of the resurgence of the pandemic in the nation’s capital, with evidence of being deadlier.

He said it had become necessary to inspect all the centres in the wake of the resurgence of the pandemic and that the FCT Administration might be compelled to reopen all its isolation centres should the figures continue to rise.

“At Gwagwalada, we have about 42, then 46 at Thisday Dome. At Idu, we have zero. Not all of them are on oxygen, though”, he stated.

The Team Lead at UATH Gwagwalada, Dr. Yunusa Thairu, confirmed that 22 patients were on oxygen, urging government to provide more oxygen as well as boost the morale of the frontline workers.

“We have severe and critical cases coming in and the need for oxygenation cannot be over-emphasised. As of today, 22 of the patients are on oxygen”, Thairu stated.

On his part, Medical Superintendent at the Thisday Dome Centre, Dr. Molokwu Victor, said all categories of frontline workers have not gotten their due allowances since September 2020 till date.

He said; “All categories of staff are being owed their allowances, but the Secretary for Health has promised that we should expect something soon, that the FCT Administration is working on it.

“We have been here since September working, both Doctors, nurses, hygienic and maintenance teams have all been here and for four months now, no allowances. This place has just been handed over to FCT last month. All this while, it has been under the Federal Ministry of Health”, Victor added.

Meanwhile, Chairman, Christian Association of Nigeria CAN, FCT Chapter and Senior Pastor, ECWA Good News, Maitama, Rev. Dr. Samson Jonah, has tasked government officials on the need to adhere to all safety protocols even as they try to enforce the regulations on the masses.

He was speaking to journalists during an inspection tour of his church by men of the FCT COVID-19 Enforcement Team, earlier Today.

He said; “We talked to ourselves that compliance should be very high during this second wave because of how dangerous and deadly the virus is.

“But above all, we are saying that as we continue to comply, let us also see the government functionaries doing the same thing, because leadership should be by example.

“We don’t need an angel to tell us how dangerous the virus is, so we summoned our pastors and talked to them, we disseminated a lot of information and text messages and told them to ensure total compliance.

Chairman of the Taskforce, Comrade Ikharo Attah who led the inspection tour of churches to ensure compliance with COVID-19 protocols noted that there is a “very high compliance” by all the churches visited within the City Centre.

Ikharo explained that because of short period by worship centres, his team could not go to the suburbs to monitor compliance.

He revealed: “What we have heard from the satellite towns is also very encouraging, but what we are hearing from the interiors may not be encouraging, but at least, you see some people wearing face masks there.

“But from what we have seen, the churches largely complied. They have washing points, sanitizers, temperature scanners and are maintaining physical distancing inside, and the worshippers are all wearing face masks. Even while dancing, it was done carefully and they were singing with their masks on”.

Attach said the team would also visit Mosques on Friday to ensure compliance with the regulations.