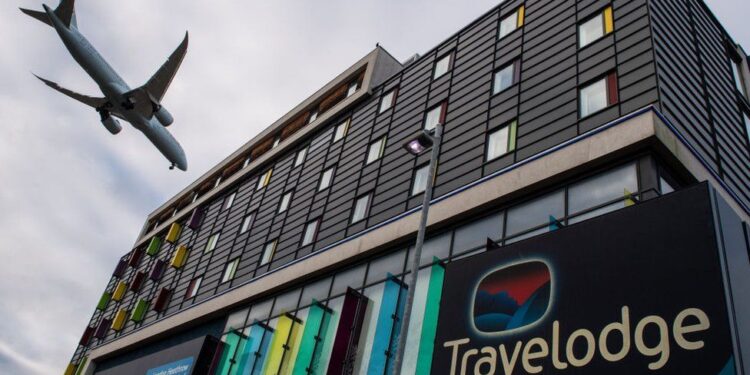 Thousands of hotel rooms are being block-booked by the government hours after it confirmed quarantine rules related to Covid variant hotspots will begin on 15 February.

Ministers plan for more than 1,000 UK residents a day to return from places where new variants are prevalent.

Those arrivals must pay to stay in a hotel for 10 nights, with security accompanying them if they go outside.

Labour accused ministers of “putting lives at risk” by not acting sooner.

The hotel quarantine requirements are being introduced in an effort to control the spread of new variants of coronavirus first identified in South Africa and Brazil, which scientists believe may be more infectious and may reduce the effectiveness of vaccines.

The rules affect UK residents and Irish nationals travelling from 33 countries on the “red list” – which covers much of South America, southern Africa, the United Arab Emirates and Portugal.

Non-UK travellers from these locations are currently banned from entry anyway, so that is why they are not – at this time – affected by the quarantine plan.

Hotels near airports including Heathrow, Gatwick, London City, Birmingham, Bristol, Manchester, Edinburgh, Glasgow and Aberdeen are expected to be booked up for quarantine.

The government said it is working “at pace” to secure the rooms it needs and has had discussion with more than 60 companies in the hotel and travel industries.

“In the face of new variants, it is important that the government continues to take the necessary steps to protect people and save lives,” a Department of Health statement said.

The hotels would also be required to work with government-approved security staff, according to documents seen by the BBC.

These security guards will patrol inside and outside the hotel to “prevent unauthorised access”. Anyone wanting to smoke outside or get fresh air will also be escorted by security staff.

Quarantined travellers will be served three meals a day in their rooms, with hot and cold options. Tea, coffee, fruit and water will be available.

An industry source said the government estimated quarantine could cost about £80 a night.

People in the UK are currently banned from travelling abroad unless they “first have a legally permitted reason to leave home”, such as work.

Many hotels in and around airports have lost bookings from holidaying customers who typically book in for a night to be near the airport for early-morning departures. That means they may be more likely to agree to the government’s main requirement that quarantine hotels agree to turn away all other customers and have their premises used solely by quarantining travellers.

The chair of the Manchester Hoteliers’ Association, Adrian Ellis, said some hotels “would be interested”.

Paul Charles, a travel consultant who is leading a campaign called “Quash Quarantine” said many hotels are “concerned about the brand reputation being tarnished if they take in guests who could turn out to be positive” and staff are concerned “who may be subject to guests who pass on Covid”.

Government sources said they expect the prospect of paying for secure accommodation could see the numbers of travellers returning from high risk areas swiftly reduce.

Ministers are also likely to increase the fines for people who break the rules.

Details on how passengers will book their place in a quarantine hotel are expected to be set out by the government next week.

But Labour said the government was doing “too little, too late” on hotel quarantine, adding that it should be extended to all international travellers.

Shadow home secretary Nick Thomas-Symonds said: “We are in a race against time to protect our borders against new Covid strains.

“Yet hotel quarantine will come in to force more than 50 days after the South African strain was discovered.”

The UK recorded 20,632 new confirmed coronavirus cases on Thursday and a further 915 deaths within 28 days of a positive test.

Nearly 10.5 million people had received a first dose of the vaccine by 3 February, according to the latest figures.