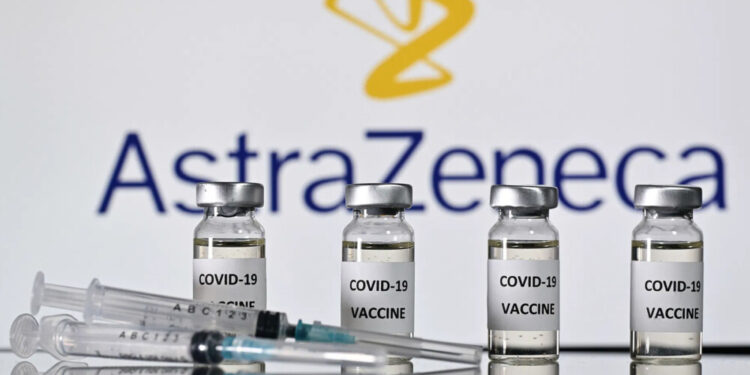 The African Union, the Federal Government and COVAX, a coalition consisting of the World Health Organisation, Gavi and Epidemic Preparedness Innovations, on Thursday, expressed surprise about the European Union’s decision not to accept AstraZeneca vaccine manufactured in India.

The Director of the African Centre for Disease Control, Dr. John Nkengasong, and the African Union Special Envoy on COVID-19, Mr Strive Masliywa, who stated this during a virtual press briefing with some journalists, urged the EU to review the decision.

Also, on Thursday, COVAX, consisting of the Coalition for Epidemic Preparedness Innovations, the WHO and the United Nations Children’s Fund, lamented that the EU’s move was already undermining confidence in life-saving vaccines that were safe and effective.

On its part, the Federal Government described the EU’s decision as political.

Recall that the EU said that only those with the EU Digital COVID-19 certificate which enabled people who had received two doses of a vaccine approved by its medicine regulator, the European Medicines Agency, would be able to travel freely within the bloc.

But the pass only recognises AstraZeneca doses (branded Vaxzevria) made by EMA-approved manufacturers in Europe, United States, South Korea and China, not those manufactured by the world’s largest vaccine manufacturer, the Serum Institute of India branded Covishield.

COVAX, a coalition whose aim is to ensure COVID-19 vaccines are available worldwide to both higher-income and lower-income countries, donated to African countries, AstraZeneca vaccine, manufactured in India.

But on Thursday, Nkengasong said the EU decision was shocking. He stated, “It came as a big surprise. The AstraZeneca vaccine that came from India was funded by COVAX, supplied by COVAX and COVAX was funded mainly by the Europeans until recently when the Americans joined,; so that came as a big surprise to us that the vaccine which was being supported by the Europeans and supported by WHO and COVAX will not be recognised by the green digital certificate in Europe.

“We have always said since the start of this pandemic that we should use science and data to take decisions and I don’t think this one was driven by science.

“If the vaccines were producing less quality antibodies, we would argue it, but the antibodies produced are of good quality.”

Masliywa agreed with Nkengasong, saying, “In Europe, there are vaccine manufacturing plants, when we approached them when the pandemic started, we were told they could not spare any and we were referred to India.

“The Europeans themselves financed COVAX, the vaccines purchased from COVAX were purchased by their money. Now we are calling on them to open up their facilities to sell their own vaccines to us. We are not asking for donations now; we have the money. Even the poorest of the African countries have raised money to finance the vaccine acquisition.”

He added that the US would begin shipping the first batch of COVID-19 vaccines it had donated to Africa from this weekend.

On its part, COVAX, in a statement on Thursday said the coalition was built on the principle of equitable access to COVID-19 vaccines to protect the health of people all across the globe.

It stated, “As travel and other possibilities begin to open up in some parts of the world, COVAX urges all regional, national and local government authorities to recognise as fully vaccinated all people who have received COVID-19 vaccines that have been deemed safe and effective by the World Health Organization and/or the 11 Stringent Regulatory Authorities  approved for COVID-19 vaccines, when making decisions on who is able to travel or attend events.

“Any measure that only allows people protected by a subset of WHO-approved vaccines to benefit from the re-opening of travel into and with that region would effectively create a two-tier system, further widening the global vaccine divide and exacerbating the inequities we have already seen in the distribution of COVID-19 vaccines.

“It would negatively impact the growth of economies that are already suffering the most. Such moves are already undermining confidence in life-saving vaccines that have already been shown to be safe and effective, affecting uptake of vaccines and potentially putting billions of people at risk. At a time when the world is trying to resume trade, commerce and travel, this is counter-effective, both in spirit and outcome.”

The Federal Government described the EU’s decision on the digital COVID-19 certificate as political.

The Secretary of the Presidential Steering Committee on COVID-19, Dr Mukhtar Muhammed, commented on this.

“We know also that there are political decisions which the European Union has made several mistakes since the commencement of this pandemic, they had Oxford AstraZeneca, they didn’t release it but were vaccinating their people.

“These are all political decisions that they have made.

“And in this particular instance I want to believe that they are not disputing the efficiency of the Covishield but rather it is just a political decision to say that particular manufacturer has not been approved in Europe and that is not something that should be in the news.

“They could have just told the manufacturers to make sure that they register their products in Europe.

“It is really unfortunate that we are making politics out of science. It is sad as we are going through a lot with this pandemic.”