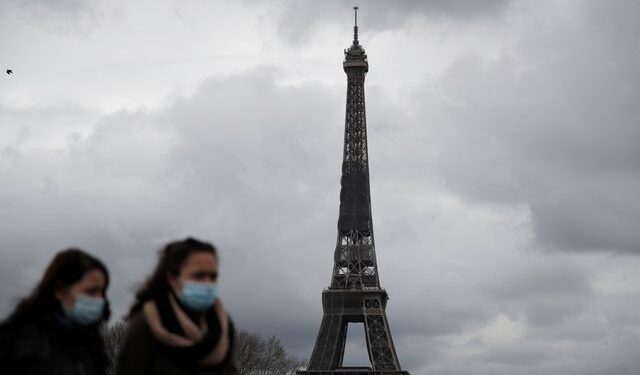 Paris is among 16 regions of France facing new lockdowns from midnight tomorrow, the country’s prime minister Jean Castex has announced.

The measures will be in place for at least four weeks and will be a less restrictive than those seen last March and November.

Schools will remain open and outdoor activities will be allowed to go ahead within a 10km radius of a person’s home.

Non-essential shops, not including book shops, will be required to close.

Inter-regional travel will be prohibited, and the nationwide nightly curfew will be moved back an hour to 7pm local time (6pm GMT).Advertisement

French authorities have gone to great lengths to avoid re-imposing the strictest measures, having previously relied on weekend lockdowns and nightly curfews instead.

Skyrocketing COVID case numbers, however, along with a slow vaccine rollout has forced the government to bolster its strategy.

It comes as France on Thursday reported a further 34,998 cases of COVID-19 – down slightly from the more than 38,000 new infections the day before.

Another 268 people have also died, bringing the country’s total fatality toll to 91,679.

Speaking on Thursday evening, Mr Castex said France was battling its third wave due to virus variants accelerating transmission across the nation.

“The moment has come to go further, with more demanding restrictions where things are most critical,” he said.