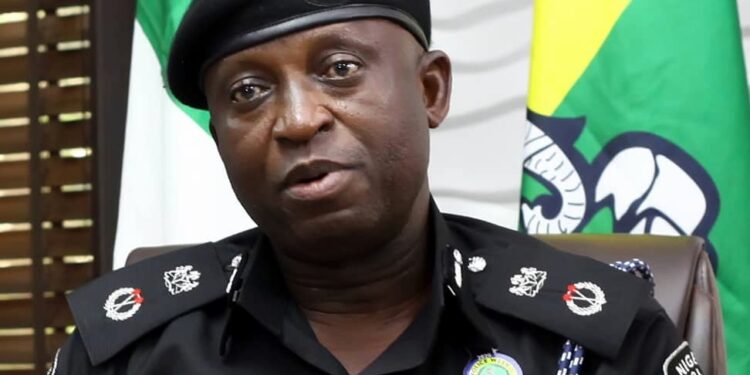 No lesser than 243 persons were arrested by the police during a raid of night clubs, in Lagos, for violating the Covid-19 safety guidelines which includes a midnight to 4 am curfew.

The raid which was led by the Commissioner of Police, Lagos State Police Command, CP Hakeem Odumosu, at the early hours of Saturday, was carried out at Lounge 38, Bode Thomas, Surulere and Club Victoria’s at Victoria Island areas of the state, between 12 midnight to 4 am.

Parading the suspects before they were arraigned in two Mobile courts established in the premises of the command headquarters, Odumosu, observed that many Lagosians had a disregard for compliance with the Covid-19 protocols, a situation he described as worrisome, considering the consequences of such lackadaisical attitude on the health status of Lagosians and the spread of the rampaging pandemic in the state.

Giving a breakdown of the number of persons arrested, the command boss said, “85 persons were arrested at Lounge 38, Bode Thomas, 152 persons at Club Victoria’s Island, while six others were arrested for violating the Federal Government imposed 12 midnight to 4 am curfew.”

He informed that the command, with the help of other security agencies, would go after violators, no matter how highly placed and caused them to face the wrath of the law.

Reiterating the call for club owners to adhere to the directive of immediate and total closure of their clubs, Odumosu, threatened that they would not only be prosecuted but might have stringent punishment such as confiscation of the Certificate of Ownership of the club, by the state government, if they remained recalcitrant.

Reminding Lagosians that the Covid-19 pandemic was real and must be tackled collectively, Odumosu admonished them to observe the Covid-19 guidelines and protocols religiously.

He said: “The general public is urged to be involved and assist the government in the ongoing advocacies to halt the spread of the pandemic in Lagos State and Nigeria at large”.

Meanwhile, parents and relatives of some of the arrested persons thronged the command to effect their release.

However, CP Odumosu refused to release any of them, insisting rather, that they must all be arraigned in court and that the verdict of the courts would determine the suspect’s next move.

He also clarified, while addressing one of the women who insisted that her daughter was not inside the club, that every arrest was made inside the club and between government-imposed curfew time.

The suspects who were charged for a breach to the restriction of vehicular movement imposed by Governor Babajide Sanwo-Olu, under the Lagos State Lagos infectious diseases (emergency prevention) number 2 of 2020, were fined N20,000 each.

While those who paid the fine were released to go to their respective homes, others who could not pay were directed by the courts to be remanded in Police custody until they paid the fine.