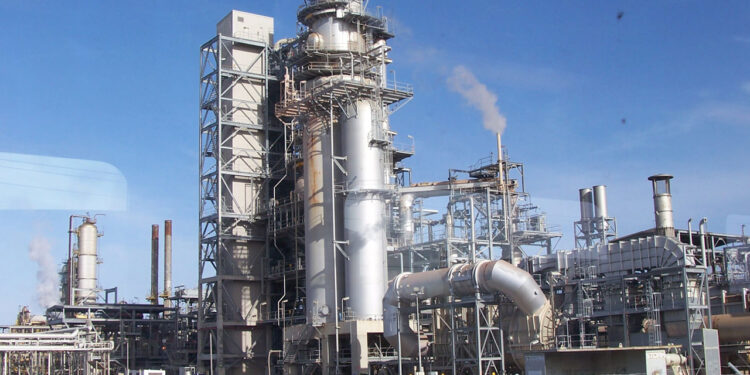 … To Deliver Fuel Via Ports

The 650,000 barrel-per-day Dangote oil refinery is under construction in Lagos, the biggest city in the most fuel-consuming nation in the region, which absorbed 266,000 barrels of petroleum products per day as of 2015.

Congested ports and dilapidated roads led some to expect that the company would build a pipeline or other method of getting its fuel to consumers.

Dangote Group Executive Director Devakumar Edwin told an OTL (Oil Trading and Logistics) Expo in Lagos said that fuels would go via “shuttle” boats to Nigerian cities Warri and Calabar, and that other deliveries would go in trucks.

The company is itself fixing and expanding one of the current roads to Lekki – an area adjacent to Lagos’s financial and business district – Edwin said, while the Lagos state government will build another toll road to aid shipments.

“That’s going to reduce a lot of congestion,” Edwin said of their plans.

He said the refinery would virtually eliminate fuel imports from other regions, adding “those who are importing today, can buy from our refinery”.

Dangote had previously told Reuters that the refinery’s mechanical completion was delayed until 2020, though industry sources told Reuters last year that fuel output was unlikely before 2022. [reut.rs/32SsmS5]

The refinery is also constructing facilities that will allow it to export its diesel, gasoline and other fuels to markets including Europe and Latin America aboard vessels as large as Suezmax tankers.

It is also designed to be able to produce diesel that meets European winter standards, and will be high quality enough to go to any market.

The refinery’s startup will be particularly tough on European refineries, which currently supply a large portion of gasoline consumed in West Africa, another Dangote executive speaking at the conference said.

“We can export the product all over the world. So, there is no need for us to (blindly) compete with the local production,” Edwin said.

The Dangote group is also eyeing ethanol production at its sugar and molasses plant in Adamawa state, and has facilities at the refinery to blend ethanol with fuel if needed.

Edwin said they are also already considering expanding plastics and petrochemical productions at the refinery, which will make polyethylene and polypropylene when it begins production.