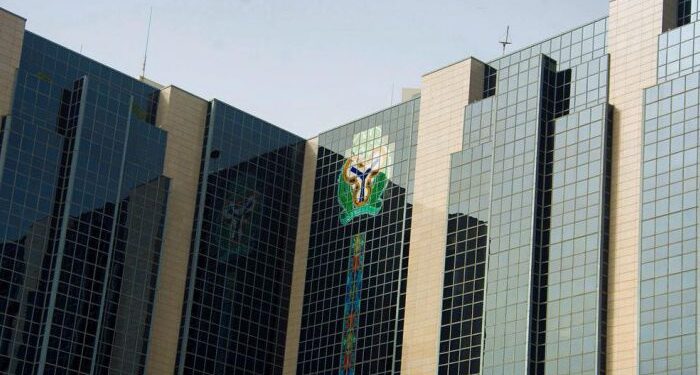 The Central Bank of Nigeria (CBN) has begun the collection of project support loan facilities to some state governments for the execution of some projects under its intervention programmes.

The credit facilities were given to some states to finance various projects across different sectors, including agriculture and manufacturing.

“We’ve also started recovering loans from state governments. We have been doing a loan workout programme on them. And we are debiting their FAAC directly for the loans,” CBN’s director in charge of development finance department, Philip Yila Yusuf, said yesterday at a media briefing.

He said if a state government had taken N1 billion and was already in default, the bank would make N150 million monthly debit from their accounts over a six-month period.

“So, we’ve started that programme. So, every single loan that has been given out through any of our intervention programmes must be paid back. There is absolutely no mercy,” he said, adding that the bank was in recovery mode.

Dr Yusuf also disclosed that the central bank had slowed down on loan approvals under its intervention programmes, after the Monetary Policy Committee of the CBN warned that the funds may be fueling Nigeria’s soaring inflation.

About 15 states benefited from the intervention facilities. Each state took a minimum of N1 billion from the central bank-sponsored loans. The loan deductions may further put the states in severe financial stress.

Dr Yusuf disclosed that CBN governor Godwin Emefiele had approved for his team and the Economic and Financial Crimes Commission (EFCC) to set up a desk to help the bank recover the loans where they are at risk.

LEADERSHIP reports that the CBN credit facility was mostly disbursed during the COVID-19 outbreak.

Apart from the states, the CBN is also pursuing aggressive loan recovery from individual farmers under its celebrated Anchor Borrowers’ Programme and micro and medium scale enterprise owners.

“Every single person who has taken that loan is going to pay,” Yusuf said, adding that the apex bank had started implementing the Global Standing Instruction (GSI) and “will continue to poll the account in the bank that they lent to, or whichever bank that they have account.”

“Anytime we see money in that account, we will recover it.”

The bank’s director, monetary policy department, Hassan Mahmud acknowledged that CBN’s financing of government is a major issue, saying, “We are also very mindful of this and we are making sure this is moderated because it is also fueling the liquidity surface that we have within the system.”

He further noted that most of the portfolio was quite securitised. The bank said it is at risk around with MSMEs and then the Anchor Borrowers’ Programme.

The director in charge of development finance said, “We’ve slowed down on our interventions. Only interventions that are very, very critical.”

The central bank considers MSMEs that are statutory, where it takes 5 percent of every bank’s profit after tax and electricity sector support financing as some of the critical areas that would receive intervention funding henceforth.

“Indeed, the interventions have slowed as of yesterday,” he stated.

The CBN has so far lent N9.3 trillion under its intervention programme. As of September 27, 2022, N3.7 trillion had been repaid by the obligors. Yusuf said most of the loans are still under moratorium, especially manufacturing, which forms the largest pile of CBN’s portfolio – over 31 percent.

Meanwhile, the director, banking supervision, Haruna Mustapha, has announced that a new interest rate on savings had been issued to the industry based on current realities.

He said the interest rate on savings was now pegged at 30 percent of Monetary Policy Rate (MPR).

In the wake of COVID-19 outbreak, the CBN reduced the interest rate on savings from 30 percent to 10 percent of the MPR.

“Now, in the prevailing situation, we reverted to the old rate,” Dr Mustapha said. “The effective date is this September.”

According to him, a number of the banks have started implementing the policy.

Dr Mahmud explained that the bank’s expectation that inflation would decrease within the fourth quarter of the year was based on the reason that even though Nigeria is facing structural issues of insecurity, infrastructure and so on, “but what is going on is more on the demand side, and demand side is always short term.”

He said monetary policy tools would be used in the short-term to tame inflation, adding that inflation needs to be nipped in the bud.

“The point we are trying to make now is to make the cost of funds expensive because what we are seeing within the system is that a lot of those funds are standing idle. And that is so because there are no products to create in terms of lending channels. And that’s why we are increasing CRR and doing special bills – all aimed at mopping up that money,” Mr Mahmud said.