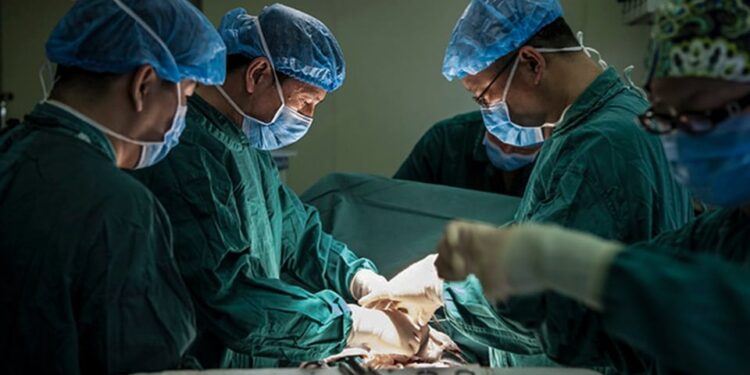 The number of organ transplant operations in the UK has plummeted during lockdown, leaving thousands of patients waiting for surgery, as a fall in violent crime and car accidents has reduced the pool of donors.

Data from NHS Blood and Transplant shows only 265 transplant operations were carried out between April 1 and May 31 of this year, compared with 702 carried out in the same period in 2019.

A decline in car accidents, violent crime and fatal injuries has reduced the availability of donors, whose organs are donated after they die on an intensive care ward.

Coronavirus carriers cannot donate organs, and the concentration of Covid-19 patients in intensive care units in April and May across the UK has made transplants from other patients who died on the ward more risky, experts have said.

Most transplant centres across the UK closed at the beginning of the pandemic, with only the most essential operations – such as heart transplants – going ahead in lockdown.

The NHS no longer has an accurate account of how many people need organ transplants, because some transplant centres removed many of their patients from the list during the pandemic.

But Nadey Hakim, professor of transplantation surgery at Imperial College London, said there was now a backlog of people waiting for organ transplants that would take at least six months to clear.

Doctors are likely to choose not to use organs from patients on intensive care wards with coronavirus carriers out of fear of transmitting the virus, he said.

“Even if there is a potential donor in an ITU, it could be occupied by Covid-19 patients, so I believe they might just say ‘we better not take the risk’,” he told The Telegraph.

“There are definitely much longer waiting lists, and patients will be delayed for six months at least, with the backlog and getting back to normal,” he added.

Many patients who die in ICUs and donate their organs for transplant are victims of car crashes or violent crime.

Official figures show that reports of violent crime recorded by police forces within England and Wales fell by up to 40 per cent in March, leaving the NHS without potential donors who otherwise might have died after a fight or stabbing.

Police data on car accidents for the lockdown period has not yet been released, but figures show Britons are using their cars far less since the Government banned all non-essential travel.

Nick Lloyd, head of road safety at the Royal Society for the Prevention of Accidents, said: “During the pandemic there has been far less traffic on our roads, but it is too early to say whether this has resulted in fewer casualties.

“However, historically during times of economic downturn, traffic and miles travelled drop and road crashes fall.”

As the UK moves out of lockdown and transplant centres are reopened, doctors can now begin to clear the backlog of patients that have accrued since February.

In May Max and Keira’s law came into effect, meaning that all adults in England will be regarded as organ donors when they die, unless they opt out or they are in an excluded group. It is hoped that that new law alongside the resumption of transplant services will increase the number of surgeries.

Prof John Forsythe, medical director for organ donation at NHS Blood and Transplant, said the profile of patients on intensive care wards had changed enormously during the pandemic.

“Deaths from causes where a person could potentially be considered as an organ donor, have been lower than normal because of a different pattern of admissions to ICU in this extraordinary time,” he said.

“However, we are very grateful to donors and their families to note that the number of donated organs available for transplant is increasing in recent weeks and we hope to see this continue.”

Hospitals in the US have also experienced a shortage of organ donors. According to the United Network for Organ Sharing, fatalities from car accidents usually account for 33 per cent of American organ donations.

But between March 8 and April 11 – during the height of the pandemic – the organisation estimated that the number of organ donors who died in traffic accidents fell by 23 per cent, compared to the same period last year.

Data from the US Organ Procurement and Transplantation Network also shows that in the first six months of the year up until June 16, only 500 donors were involved in car accidents, compared to 1,446 throughout the course of 2019.

Meanwhile, in May of this year, a French-American study published in the Lancet, found that donor transplant procedures during the Covid-19 outbreak declined by 90.6 per cent in France and 51.1 per cent in the US.

The study, which used data from the National Organ Procurement Agency in France and United Network for Organ Sharing highlighted a link between increased levels of Covid-19 infections and a decrease in solid-organ transplantation procedures.