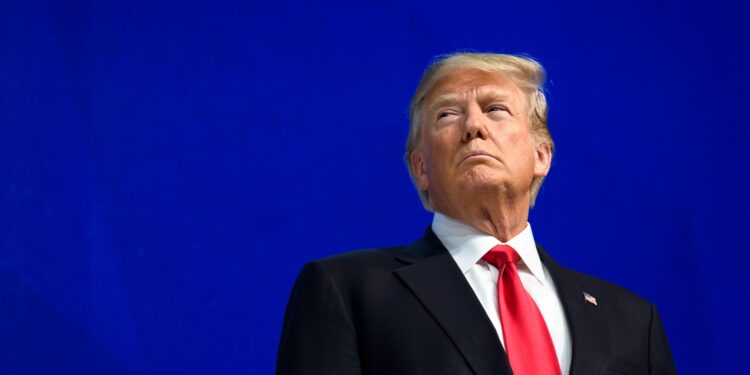 Exactly a month and a week after insurrectionists incited a riot at the Capitol on Jan. 6, former President Donald Trump’s second impeachment trial came to a climactic end on Saturday afternoon, with Trump being acquitted for his alleged role of inciting the deadly event. A majority of senators voted to convict the former president, but failed to reach the super majority threshold needed for a conviction.

“This has been yet another phase of the greatest witch hunt in the history of our Country. No president has ever gone through anything like it, and it continues because our opponents cannot forget the almost 75 million people, the highest number ever for a sitting president, who voted for us just a few short months ago,” former President Trump said via a released statement.

“Our historic, patriotic and beautiful movement to Make America Great Again has only just begun. In the months ahead I have much to share with you, and I look forward to continuing our incredible journey together to achieve American greatness for all of our people. There has never been anything like it!” the statement continued.

Drama ensued on the Senate floor Saturday morning when senators voted to hear from witnesses. However, after a roughly one-hour recess, the Senate determined no witnesses would be called, and opted instead to admit into evidence written testimony from Rep. Jamie Herrera Beutler, R-Wash.

Then, both the prosecution and defense presented their closing arguments. When the vote to convict began, the Senate chamber fell silent as each senator’s name was called. As required by Senate rules, each senator present had to pronounce Trump “guilty” or “not guilty” while they stood behind their individual desks. A group of 57 senators voted to convict Trump, and 43 GOP senators voted to acquit.

Cassidy issued a statement after his vote, saying he voted to convict because “Our Constitution and our country is more important than any one person,” his statement read. “I voted to convict President Trump because he is guilty.”

From the start, many Republican senators stood by the president — with 44 voting Tuesday it was unconstitutional to convict a former president.

During the trial, House impeachment managers argued that the Jan. 6 riot was Trump’s final attempt to overturn the presidential election. They claimed he was no innocent bystander, but rather, an insider and the instigator. They claimed he had been laying the groundwork for months with false claims and no proof the election was stolen, riling up Americans who would turn to violence on Jan. 6.

“He built this mob over many months with repeated messaging until they believed that they had been robbed of their vote and they would do anything to stop the certification,” Rep. Eric Swalwell, D-Calif., said. “He made them believe that their victory was stolen and incited them so he could use them to steal the election for himself.”

The House managers made an intense presentation, often showing moments of both violence and heroism during the insurrection.

The video timeline the managers played showed how bad that day was, and how it could have been much worse. According to their argument, the rioters had been just 58 steps away from some senators. They showed previously unseen footage of Sen. Mitt Romney, R-Utah, being stopped from going the wrong way toward the mob by Capitol Police Officer Eugene Goodman. They reiterated how close Vice President Mike Pence and his family were to danger when they were locked down within the same building where rioters were chanting to hang the vice president.

“The truth is, this attack never would have happened but for Donald Trump. And so they came, draped in Trump’s flag, and used our flag, the American flag to batter and to bludgeon,” Rep. Madeleine Dean, D-Pa., said. Another House manager, Rep. Joe Neguse, D-Colo., made a similar argument, saying Trump “directed them here, to Congress. He quite literally, at one part of that speech, pointed at us.”

The managers’ argument ended with the message that a vote to convict is simply holding Trump accountable for the events of Jan. 6, and that if convicted, the Senate would need to hold an additional vote to disqualify Trump from seeking reelection.

Trump’s lawyers were often combative in their rebuttal.

They neither sought to call the election results fraudulent nor did they defend the actions of Jan. 6. They focused their argument on claiming the former president’s words did not incite violence, that political speech must be protected and that the Senate cannot convict a private citizen under the Constitution.

One of Trump’s attorneys, Michael van der Veen, argued that Trump’s comments during his speech before the riot were not violent because he had called for peace, and that Trump had a First Amendment right to use what is largely commonplace political rhetoric, calling for his supporters to “fight.” Van der Veen repeatedly claimed that Trump’s language is nearly indistinguishable from similar rhetoric used by Democrats and the media. He proceeded to show various edited video montages of Democrats using similar rhetoric, where they also called on their supporters to “fight” or saying they would “fight” on the Senate floor.

Regardless of his acquittal, the trial will cement Trump’s place as the only president to be impeached twice in American history.