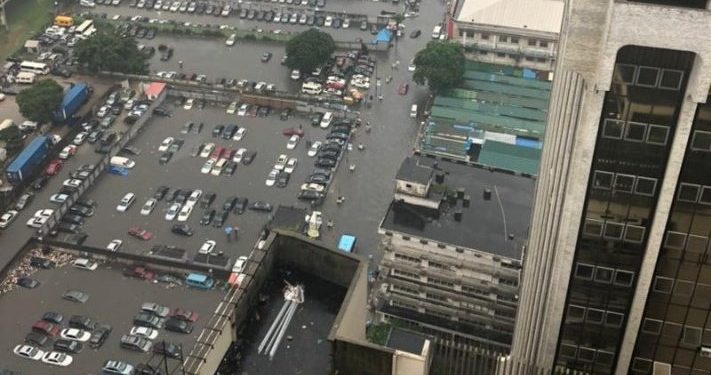 Several vehicles were submerged underwater in parks at the popular Marina axis of Lagos Island on Friday as heavy rainfall persisted for hours.

Videos shared widely on social media showed some persons struggling to get to their parked vehicles amid the heavy flooding.

“I don’t know whether this car will ever be able to move again,” an unidentified person said in one of the videos as he inspected his flooded car. “Everywhere is flooded.”

Flooding is common in Lagos, a coastal city home to over 20 million people.

Despite government efforts to construct drainages and advise against dumping refuse in them, flooding is almost certain during heavy rainfall.

On Thursday, the state government said it was stepping up cleaning of canals – blocked by human refuse – in four local government areas.

Lagos has about 176 primary and secondary water channels that require regular cleaning.

On Friday, the flooding also affected traffic flow in many parts of the city as commuters groaned.