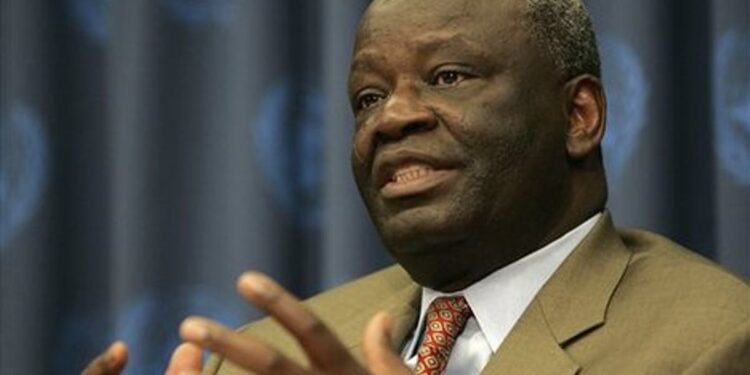 Chief of Staff to the President, Ibrahim Gambari, led South-West Ministers on a sympathy visit to the All Progressives Congress’ (APC) National Leader, Bola Tinubu, in Lagos, yesterday.

It was gathered that they visited the former Governor of Lagos State over the destruction of his properties by suspected hoodlums.

Among the ministers that visited are Minister of Works and Housing, Babatunde Fashola; Minister of State, Health, Olorunnimbe Mamora; Minister of Information, Lai Mohammad, and Minister of Youth and Sports Development, Sunday Dare.

They were also joined by the Governor of Lagos, Babajide Sanwo-Olu and Director-General of the Department of State Services, Yusuf Bichi.

Hoodlums had massively looted shops and set fire to several public and private properties, including Television Continental and The Nation newspaper, both of which have been linked to Tinubu.

This followed the shootings of some protesters at the Lekki toll gate plaza by soldiers on Tuesday, October 20, 2020.

Some of the protesters had alleged that Tinubu owned the tollgate plaza where the soldiers shot at them.

However, the politician denied making money from the plaza, adding that the rumour of his ownership was politically-motivated.

He said he got prior information that facilities of both The Nation newspaper and TVC were going to be attacked by “certain malevolent elements” hiding under #EndSARS protests, yet he did not send soldiers or policemen there to prevent the attack, because he didn’t want anyone to die.

“There is no rationale that can adequately explain why I would order soldiers to repel peaceful protesters from the tollgate, where I have no financial interest, yet, choose to do nothing to protect my investments in The Nation and TVC,” Tinubu said.