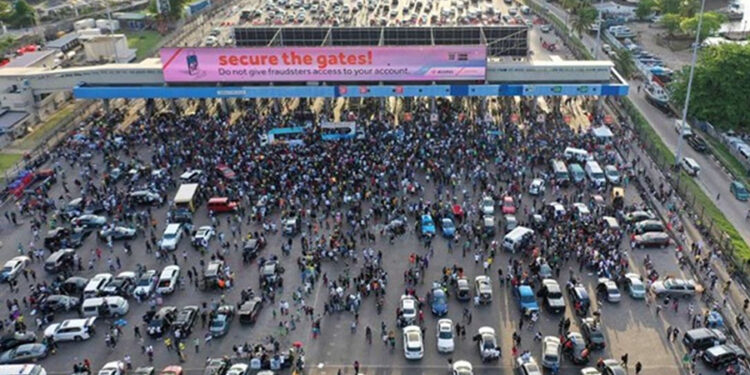 The Lagos State Government has contracted forensic experts to investigate the events that transpired at the Lekki toll gate on October 20, 2020 during the #EndSARS protest.

This was made public on Tuesday by the Chairman of the State Judicial Panel of Enquiry and Restitution for Victims of SARS Related Abuses and Other Matters, Justice Doris Okuwobi while ruling on an application filed by the Lekki Concession Company (LCC), seeking permitted access to the toll plaza.

LCC had urged the panel through its lawyer, Rotimi Seriki, to grant its leave to access the toll plaza for the purpose of evaluating the damages done at the toll gate, for the benefit of evaluating insurance claims as well as undertaking necessary repairs.

Retired Justice Okuwobi, while rejecting the application, disclosed that the forensic experts engaged by the state government would have commenced its work earlier but for the holidays which made it difficult for them to get access to relevant documents and exhibits which have previously been tendered before the panel.

She further revealed that the forensic examination is expected to be completed within the next 21 days.

The judge stated, “Forensic analysis will clear a lot of issues in the incident of October 20, 2020 and a huge sum has been paid by the Lagos State Government for it. The desire is that the panel will unearth the truth of what happened.

“The application by the LCC for permission to have access to the toll gate must therefore await the outcome of the forensic examination,” Justice Okuwobi held.

Earlier, Seriki had told the panel that security agents arrested four persons on December 14, 2020, who were in the process of vandalising and stealing cables, iron rods and solar batteries utilized by the advertising board at the toll gate.

The lawyer also tendered a police report and photographs of the suspects as proof of the incident to the panel.

However, the Counsel to the EndSARS protesters, Adesina Ogunlana objected to the application, insisting that there was a disconnect as the police report tendered by the LCC counsel should have come from the police who were also represented before the panel.