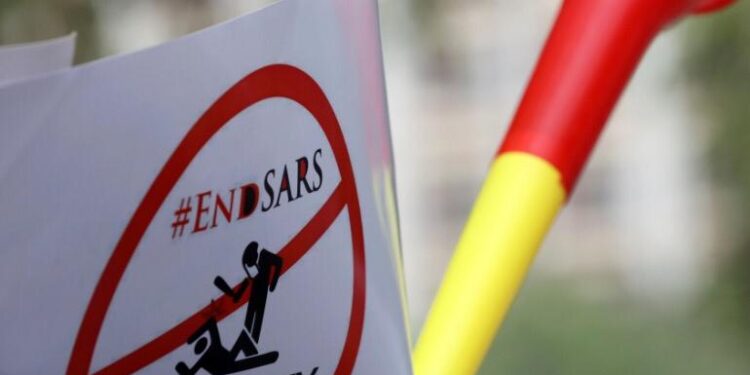 Surulere area of Lagos State is currently on fire as police officers killed one of the protesters in a fit of rage to disperse them from further demonstrating against police brutality and end of reign of the Special Anti-Robbery Squad (SARS).

Some female protesters are currently trying to resuscitate the young man lying in the pool of his blood on the ground in Ojuelegba.

This brutality is coming despite the Inspector General of Police, Mohammed Adamu, disbandment of the Special Anti-Robbery Squad (SARS).

Today, thousands of protesters, mainly the youths, have taken to the streets of Lagos and Nigeria to continue their #EndSARS movement.

They have blocked highways across Lagos State and shut down all business activities and vehicular movements in areas like Alausa Ikeja, Lekki, Ikorodu, Surulere, Yaba, among others.

In Surulere, police officers are armed and shooting sporadically at the unarmed protesters, who are simply exercising their civil rights.

Area C Command arrested two female protesters. While one of the officers pulled one of the ladies by her hair, other officers battered them both not minding they are females.

This is coming as protesters have stormed the Nigeria High Commission in London to also speak against police brutality and end SARS.