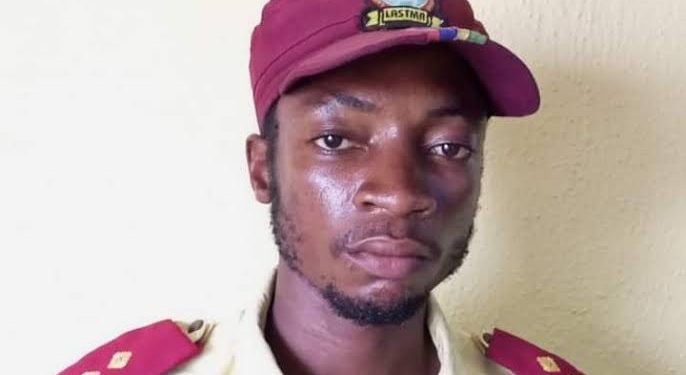 In a statement by LASTMA official, Adebayo Taofiq, the convicted fake Lastma Officer was arraigned by the Lagos State Traffic Management Authority (LASTMA) on a 2-Count charges of “Conduct likely to cause breach of peace” and “Impersonation” before the court.

In a press statement released by the Director, Public Affairs and Enlightenment Department of (LASTMA) Mr Adebayo Taofiq quoted that Magistrate Adesanya Ademola sentenced David Oluchkwu to a 4-month jail term without any option of fine after he pleaded ‘Guilty’ to the 2- count charges levied against him.

Magistrate Adesanya emphasized that the convict should serve the 4 months jail term without any option fine due to the gravity of the offences committed.

The Court Prosecutor Barrister Agbaje Oladotun stated that both offences levied against the convict (Breach of Peace and Impersonation) contravened Section 168 (D) and Section 78 of the Criminal Law of Lagos State (2015) respectively.

In his reaction to the judgement, the General Manager of the Lagos State Traffic Management Authority (LASTMA) Mr Bolaji Oreagba said the judgement was a welcome development as it would serve as deterrent to others who are still extorting money from innocent members of public under false pretense.

According to Mr Oreagba, “Our Surveillance and Intelligence Unit which has now been fully restructured would continue to hunt for other bad elements disturbing the peace of the society.”