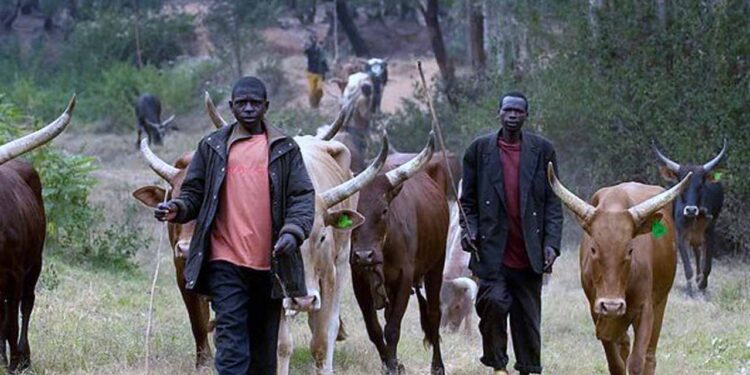 Farmers in some parts of Epe Local Council in Lagos State have decried an alleged Fulani herdsmen’s invasion of their farmlands.

It was reported that herders attacked farm owners, forcing them to flee from the community to prevent further injuries.

The herdsmen, who were said to have migrated from Igangan in Oyo State, settled on the large expanse on Iganke farmland owned by the Ali Moibi-Balogun Family of Odo-Egiri Town in Eredo Local Council Development Area (LCDA) and were already erecting their structures on the land.

Following the development, the Ali Moibi-Balogun family wrote a petition to the state Governor, Babajide Sanwo-Olu and the Inspector-General of Police, seeking immediate intervention to address the situation and reclaim the land from the herdsmen.

In the letter, dated May 10, 2021 and signed by its solicitor, Adeyemi Adegbite, the family said that it resorted to the letter after the police station in Noforija in Epe had allegedly labelled the family members suspects after they complained that their farmland had been invaded by herdsmen and that they were already threatening to wreck more havoc within the community.

“We hereby urge your Excellency to deplore your very good office to intervene in this matter, cause a very discreet investigation to be conducted, and ensure that our society is not turned into a lawless one, where might is right and power can be hijacked by a few powerful and privileged individuals or group of individuals to the detriment of the common and law-abiding citizens.”

Ali Moibi-Balogun added that they were the beneficial owners of a large expanse of land housing Iganke farmland “by virtue of inheritance from their forebears and according to the Yoruba Custom and Tradition.”

They noted that they had been exercising “rights of possession and ownership over the expanse of land without hindrance or challenge from any person, persons or quarters whatsoever.”